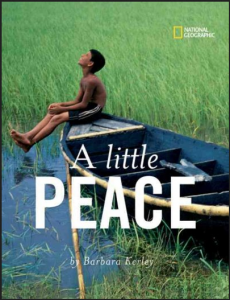 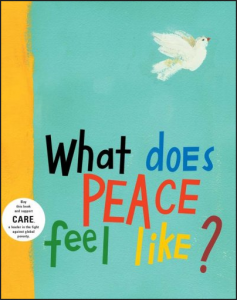 Radunsky, Vladimir. What Does Peace Feel Like? New York: Atheneum Books for Young Readers, 2004.
“Simple text and illustrations portray what peace looks, sounds, tastes, feels, and smells like to children around the world.” – CIP. Recommended for children aged four to ten.

“While you are proclaiming peace with your lips, be careful to have it even more fully in your heart.”– St Frances of Assisi 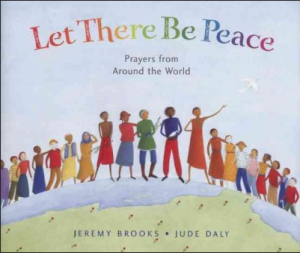 Let There Be Peace: Prayers from Around the World. Selected by Jeremy Brooks. London: Frances Lincoln Children’s Books, 2009.
A collection of prayers, both traditional and modern, from people of many different faiths and traditions. Highly recommended!

“In joined hands there is still some token of hope, in the clinched fist none.” – Victor Hugo, The Toilers of the Sea 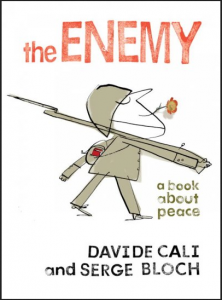 Cali, David. The Enemy: A Book about Peace. New York: Schwartz & Wade Books, 2009.
“After watching an enemy for a very long time during an endless war, a soldier finally creeps out into the night to the other man’s hole and is surprised by what he finds there.” – CIP. Recommended for readers 11 years old and up.

“Peace between countries must rest on the solid foundation of love between individuals.” – Mahatma Gandhi 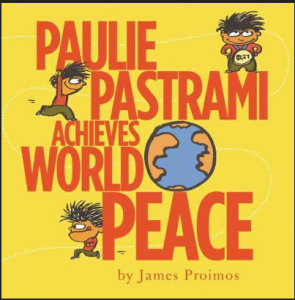 …
“My attitude to peace is rather based on the Burmese definition of peace – it really means removing all the negative factors that destroy peace in this world. So peace does not mean just putting an end to violence or to war, but to all other factors that threaten peace, such as discrimination, such as inequality, poverty.”– Aung San Suu Kyi, awarded the Nobel Peace Prize in 1991

Novels of conflicts around the world: HERE