Skip to content
HomeComing of Age: Novels for Young Adults

“At times the world may seem an unfriendly and sinister place, but believe that there is much more good in it than bad. All you have to do is look hard enough and what might seem to be a series of unfortunate events may in fact be the first steps of a journey.” – Lemony Snicket 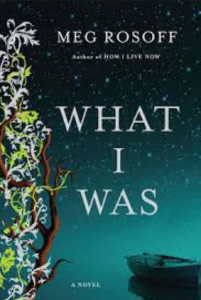 Rosoff, Meg. What I Was.  Toronto: Doubleday Canada, 2007.
“In 1960s Britain, a young boarding school student breaks rules to maintain a friendship with a reclusive teen who lives in a hut by the sea, and after his friend falls ill, learns a dark secret that changes both of their lives.” – ARBookfinder. Highly recommended for mature introspective readers in grade 8 and up. [Boarding schools; England; Friendship; Historical fiction; Homelessness; Secrets]

Christopher, Lucy. The Killing Woods. New York : Chicken House/Scholastic, 2014.
“When her father, an ex-soldier suffering from post-traumatic stress disorder or PTSD, is arrested for murder, Emily’s efforts to exonerate him take her into the woods to play the Game, an extreme version of childhood games.” – CIP. Recommended for readers in grade 8 and up. [Fathers and daughters; Games; Mystery and detective stories; Post-traumatic stress disorder; Young adult fiction]

“It is a very strange sensation to inexperienced youth to feel itself quite alone in the world, cut adrift from every connection, uncertain whether the port to which it is bound can be reached, and prevented by many impediments from returning to that it has quitted.” – Charlotte Bronte, Jane Eyre

Kiely, Brendan. The Gospel of Winter. New York: Margaret K. McElderry Books, 2014.
Sixteen-year-old Aidan turns to his priest for help when his family falls apart. But after gaining his trust, his priest turns to him for sex. Aidan suffers in silence until something happens that gives him the courage to speak up. A powerful novel for mature readers. [Faith; Friendship; Priests; Secrets; Sexual abuse; Teenagers] 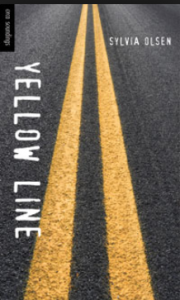 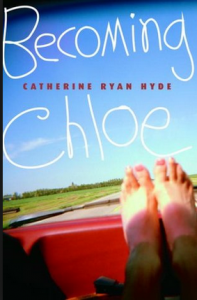 Hyde, Catherine Ryan. Becoming Chloe. Alfred A. Knopf, 2006.
[This] is the story of Jordan who lives a lonely life in the streets. This all changes when he meets Chloe. Chloe, a small blonde girl who has also lived her life in the streets, thinks the world is ugly and full of misery. But when, Jordan takes Chloe on a road trip across the country to show her that the world is a wonderful place, they have lots of adventures, make many memories, and Chloe changes her mind. She realizes that the world really is a beautiful place. This book entertains, heals your heart, and feeds your soul. I really enjoyed reading it… – Megan. [Automobile travel; Friendship; Gays; Homelessness; New York City]

“Electric communication will never be a substitute for the face of someone who with their soul encourages another person to be brave and true.” – Charles Dickens