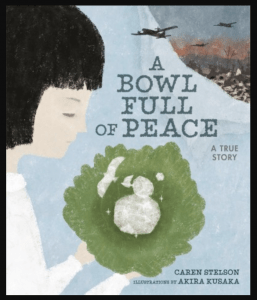 Stories of conflicts after WW2

Stories of conflicts before WW1

P.S. Writers – and teachers of writing – notice how the story is written in present tense even though it really happened long ago. How does that make the story more powerful? How does it help readers – and listeners – enter the story? Notice, as well, how the story starts with the bowl passed from mother to daughter. How can this family custom help readers identify with the characters in the story? Notice how sight and sound, taste and touch, are all part of the story. Notice the use of repeated words and phrases, the use of short sentences for emphasis, and how the few spoken sentences in quotations summarize the whole story.