Secret dreams. Hidden longing. Quiet melancholy. Memories. Allen Say’s picture books all depict a world in which imagination is stronger than reality, a world where peace is found in quiet introspection.  These stories are not for everyone. But if you wonder about life and find refuge in your thoughts, read these books. 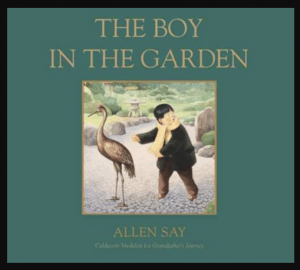 Say, Allen. The Boy in the Garden. Boston: Houghton Mifflin Books for Children, 2010. 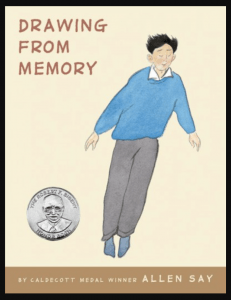 Drawing From Memory (Scholastic Press, 2011) by Caldecott medal winner Allen Say is an inspiring story about Allen Say’s life. His life was very eventful and also very interesting. This book starts with Allen telling what he did as a kid. All he did as a kid was read and draw. Their family had to escape the war and move quickly. But during that chaos, all Allen wanted to do was draw, and his parents and grandparents hated him for it. His Grandmother finally told him that if he got into this very well known private middle school, she would rent an apartment for him at the age of 12. Allen of course studied everyday hoping to pass the entrance exam. Once he passed the exam, his Grandmother rented him a place in an apartment. This only reason his Grandmother sent him to the apartment was so he could study for his new school, but the only thing on Allen’s mind was to draw, and draw, and draw. After going out to dinner, Allen picks up the local newspaper at the restaurant. He starts to read about another kid who ran away from home just to draw. He soon got taken in by Allen’s favorite artist, Noro Shinpei. Noro gave him a test just as bad as the middle school exam. Allen passed and became the second apprentice of Noro Shinpei.
This book was creatively coloured. But this book was also very inspiring and interesting. I loved this book, because Allen’s life is very like mine. I often feel like Allen. (Kelvin in grade eight) 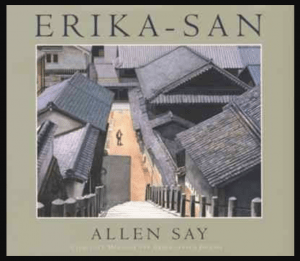 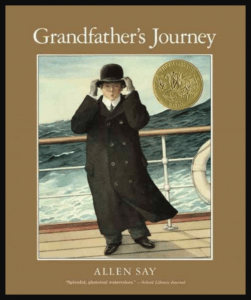 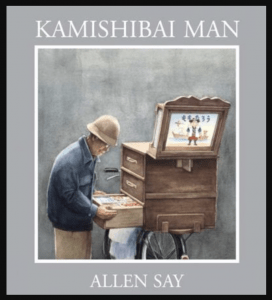 Say, Allen. Kamishibai Man. Boston: Houghton Mifflin Company, 2005.
Long ago, the kamishibai man entertained children as he travelled to neighbourhoods in the town. He would tell them stories and give them treats. But time passed. Children watch television shows rather than running out to listen to the storyteller. Until one day, many years later, he returns to town.  The children – all grown up now – come out to welcome him. They listen to his stories. Eat his candies. And the magic returns. Just like long ago. Based on a Japanese tradition of travelling storytellers, this wistful heartwarming story is recommended for readers 8 years old and up. 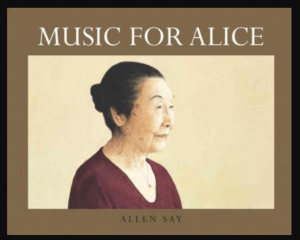 Say, Allen. Music for Alice. Boston: Houghton Mifflin, 2004.
Alice, now elderly, recalls FBI officers coming to evacuate Japanese Americans from Portland, Oregon after the bombing of Pearl Harbour. She recalls moving with her husband to a farm on the edge of the desert in eastern Oregon. She remembers clearing the land of rocks before growing potatoes and onions and then hundreds of acres of beautiful colourful flowers, creating the largest gladiola bulb farm in America. She remembers growing older and moving to a smaller farm in California where her beloved husband dies. She returns to Portland, Oregon and returns to what she loved as a young girl: dancing. This quiet picture book, based on the true story of Alice Sumida, is recommended for readers 10 years old and up. 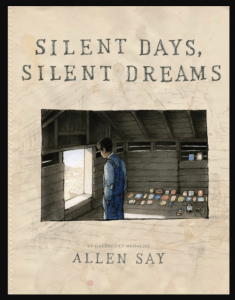 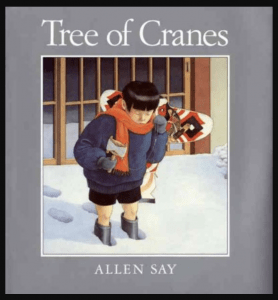