After reading The Diary of Anne Frank, 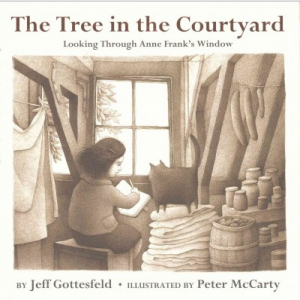 A picture book told from the point of view of a tree that grew outside Anne Frank’s window. 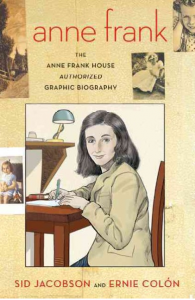 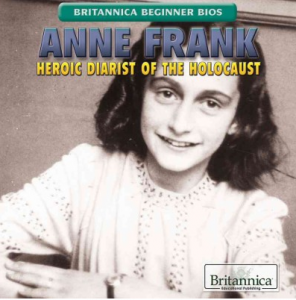 A 32-page large-print book – with timeline, glossary, index, bibliography, and internet links – for readers 9 to 14 years of age. 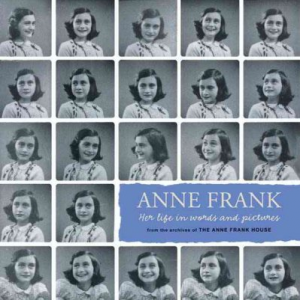 The font size is small and so the words will only be read by the most competent readers. However, the photographs will appeal to readers 11-years-old and up who are interested in learning more about the life of Anne Frank. 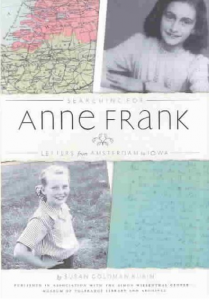 “Provides a glimpse of life during World War II in both the Netherlands and the United States through the correspondence of Anne Frank and her Iowa pen pals.” – CIP. Recommended for competent readers 11-years-old and up. 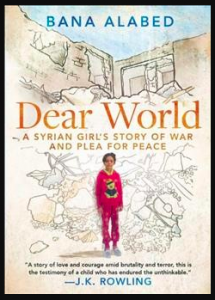 Alabed, Bana. Dear World: A Syrian Girl’s Story of War and Plea for Peace. New York: Simon & Schuster, 2017.
In the  news, we hear of the civil war in Syria. On television, we see pictures of the devastated cities. But what is it like to be a child living in the midst of all that chaos? In September of 2016, a seven-year-old girl started telling the world using a Twitter account. And now, in this book, she tells more about her family’s journey from peaceful hope to constant fear. Interspersed with sections providing background information written by her mother, Bana describes a happy childhood that turns into a nightmare that only begins to end when the family flees to Turkey.
Highly recommended for readers twelve years old and up who have read stories and true-life accounts of suffering in World War 2 and are ready to become informed about current events in the world.

Halilbegovich, Nadja. My Childhood Under Fire: A Sarajevo Diary. Toronto: Kids Can Press, 2008. 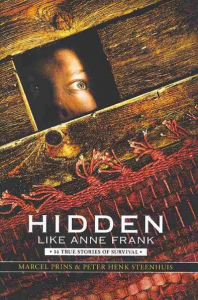 “Jaap Sitters was only eight years old when his mother cut the yellow stars off his clothes and sent him, alone, on a fifteen-mile walk to hide with relatives. It was a terrifying night, one he would never forget. Before the end of the war, Jaap would hide in secret rooms and behind walls. He would suffer from hunger, sickness, and the looming threat of Nazi raids. But he would live. This is just one of the incredible stories…. Some children were only three or four years old when they were hidden; some were teenagers. Some hid with neighbors or family, while many were with complete strangers. But all know the pain of losing their homes, their families, even their own names. They describe the secret network of brave people who kept them safe. And they share the coincidences and close escapes that made all the difference”– Provided by publisher. Highly recommended for readers 12-years-old and up.

Buchignani, Walter. Tell No One Who You Are: The Hidden Childhood of Regine Miller. Montreal: Tundra Books. 1994.

I Dream of Peace: Images of War by Children of Former Yugoslavia. New York: HarperCollins, 1994.

Walters, Eric. When Elephants Fight: The Lives of Children in Conflict in Afghanistan. Victoria, BC: Orca Book Publishers, 2008.