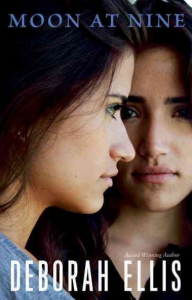 “In 1988, the deeply conservative and religious government controls every facet of life in Iran. Fifteen-year-old Farrin falls in love with her friend Sadira, but it is against the law to be a homosexual in Iran, punishable by death. Despite their efforts to keep their relationship secret, the girls are discovered and arrested.” – WAFMS. [Iran; Lesbians; Teenagers] 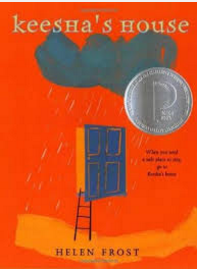 “Seven teens facing such problems as pregnancy, closeted homosexuality, and abuse each describe in poetic forms what caused them to leave home and where they found home again.” – WAFMS. [Home; Short stories; Stories in verse; Teenagers]

Hyde, Catherine Ryan. Becoming Chloe. New York: Alfred A. Knopf, 2006.
Two homeless teenagers, a fearful girl and a gay boy, become friends, leave New York City and take a road trip across America in search of beauty.This “is the story of Jordan who lives a lonely life in the streets. “This all changes when he meets Chloe. Chloe, a small blonde girl who has also lived her life in the streets, thinks the world is ugly and full of misery. But when, Jordan takes Chloe on a road trip across the country to show her that the world is a wonderful place, they have lots of adventures, make many memories, and Chloe changes her mind. She realizes that the world really is a beautiful place. This book entertains, heals your heart, and feeds your soul. I really enjoyed reading it…” (Megan) [Voyages and travels; Poverty; Friendship; Gay teenagers; Hope] 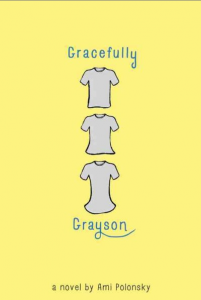 A transgender twelve-year-old stops hiding her true identity, much to the dismay of her relatives with whom she has lived since her parents were killed in an accident.  A heart-warming novel highly recommended for readers 12-years-old and up. [Family life; Orphans; Schools; Self-acceptance; Theatre; Transgender people] 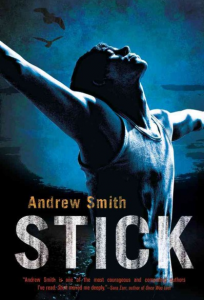 “Thirteen-year-old Stark “Stick” McClellan’s brother has always defended him against those who tease him for his thinness and facial deformity, so when Bosten, having admitted he is gay, must leave home and their abusive parents, Stick sets out to find him..” – FVRL. This memorable novel is highly recommended for mature readers 14-years-old and up.  [Aunts; Brothers; California; Child abuse; Gays; Runaways; Secrets; Voyages and travels] 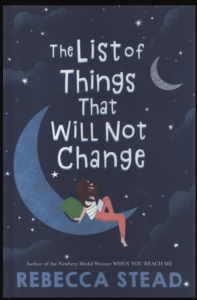 Stead, Rebecca. The List of Things That Will Not Change. New York: Wendy Lamb Books, 2020.
Ten-year-old Bea knows her parents both love her, despite their divorce. She is excited about her father’s upcoming marriage to his gay partner and excited about getting a new step-sister. So life should be as full of as much happiness as her heart can hold. But she has a secret: she has done something that worries her, something that may have harmed someone else. No one else writes about guilt as powerfully as Rebecca Stead. Her Newbery award-winning novel When You Reach Me also carries the feeling of dreadful responsibility that comes with guilt. Told from the first-person point of view, this novel will appeal to slightly younger readers, 10 to 13 years old, who enjoy stories by Patricia Reilly Giff, Patricia MacLachlan, Susan Patron, and Sara Pennypacker.

Stratton, Allan. The Way Back Home. Toronto: Scholastic Canada, 2017.
Zoe does not want her grandmother to be moved into a care home. But Alzheimer’s disease is making it increasingly unsafe for her grandmother to live on her own. What can Zoe’s parents do to cope with the situation? What can Zoe do to help?
She decides to take her grandmother on a road trip to find a long-lost uncle. But more surprises and more difficulties are in store than she anticipated. Now how will Zoe cope?
A modern tale of family relationships and gender identity. While the frequent colloquialisms will make this book sound dated within a few years, it is nonetheless recommended for readers 12 to 16 years old. 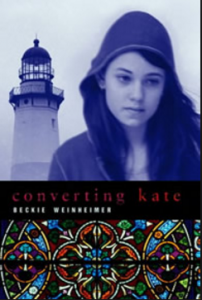 “After moving from Arizona to Maine, sixteen-year-old Kate tries to recover from her father’s death as she resists her mother’s dogmatic religious beliefs and attempts to find a new direction to her life.” – FVRL. This novel about religious control presents various religious views and is recommended for readers in grades 8 to 12. [Faith; Family problems; Friendship; Gay teenagers; Grief; Moving, Household; Maine; Schools; Self-perception] 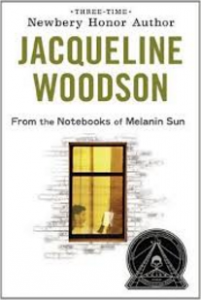 “Almost-fourteen-year-old Melanin Sun’s comfortable, quiet life is shattered when his mother reveals she has fallen in love with a woman.” – WAFMS. Another outstanding novel by an award-winning writer. Recommended for readers 12-years-old and up. [African Americans; Lesbians; Mothers and sons; Brooklyn (New York, N.Y.)] 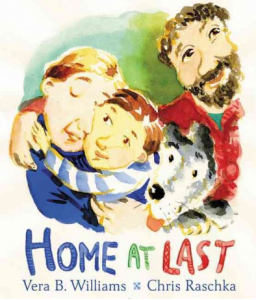 “After Lester is adopted from his foster home by Daddy Albert and Daddy Rich, he can’t fall asleep in his new bed. What will it take to make Lester feel home at last?” – FVRL.

It Gets Better: Coming Out, Overcoming Bullying, and Creating a Life Worth Living. Edited by Dan Savage and Terry Miller. New York: Dutton, 2011.
This collection of short essays by a wide variety of people from celebrities to political leaders, from the young to the  elderly, encourages teenagers to not give up despite bullying. While written to give hope to LBGT teens, this book is recommended for any reader – fourteen-years-old and up – who could use a reminder that life can get better. [Bullying; Gay Teenagers; Coming Out (Sexual orientation); Hope]