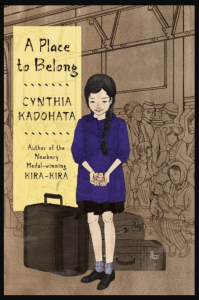 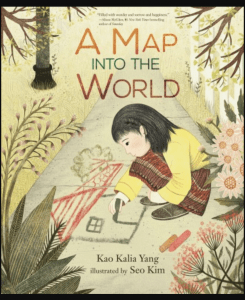 Yang, Kao Kalia. A Map Into the World. Minneapolis, Minnesota: Carolrhoda Books, 2019.
How do you find your way in a new world? A little girl settles into a new home with her parents and grandmother in this quietly hopeful picture book by an award-winning Hmong American writer living in Minnesota. As the seasons pass, Paj Ntaub welcomes her twin brothers into the world, befriends a grieving neighbour, and enjoys the beauties of nature in her neighbourhood. Softly coloured, full-page illustrations by Seo Kim help tell this story recommended for readers 7 to 11 years old. 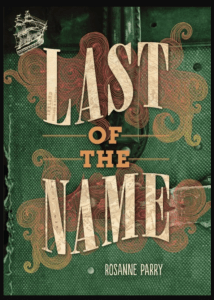 Parry, Rosanne. Last of the Name. Minneapolis: Carolrhoda Books, 2019.
After surviving a horrific voyage, twelve-year-old Danny and his older sister Kathleen arrive in New York City. But the prejudice against Irish Catholics is as bad in America as it was in Ireland. Determined to stay together, the siblings find work as house maids. But they can only stay as long as Danny can keep pretending to be a girl.  This novel – set in 1863 and based on historical facts – is highly recommended for competent readers 11 years old and up. 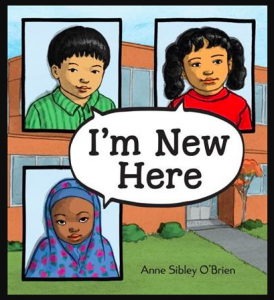 O’Brien, Anne Sibley. I’m New Here. Watertown, Mass.: Charlesbridge, 2015.
Maria, Jim, and Fatimah arrive at their new school. Back home, they could read and write and talk with their classmates. But here, they feel all alone. Slowly, though, they learn to speak English and they make new friends. This lovely gentle picture book – told from the perspective of newcomers from Guatemala, Korea, and Somalia – is recommended for readers 6 to 9 years old.