Skip to content
HomeWRITERespond to Fiction30-Minute Response to a Novel

Quickly, quickly, tell me about a novel you’ve read!

A. Take out a novel you’ve recently read.

C. Look at some reviews. (See examples below.)

D. Write a short review of your novel.

This is due at the end of this class.

[This page may be copied for use with students if the following credit is provided: ©2017 Sophie Rosen.]

A 30-Minute Book Response to a Novel

The books below are suggested for readers 12 years old and up. 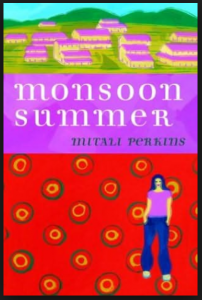 Jasmine unwillingly leaves California when her  mother decides the family should spend the summer  helping at an orphanage in India. She misses her  best friend Steve and has no interest in her mother’s  charitable projects. Of course, she changes her mind  and all turns out well in this novel perfect for  seventh to ninth grade students who want a story of  adventure, mystery and romance. [California; India;  Entrepreneurs; Mothers and daughters; Dating  (Social customs); Friendship; Family life; Voyages  and travels]

Chiko’s father is a doctor, imprisoned for resisting the Burmese  government. Tu Reh’s father is a fighter with the Karenni  resistance, a minority people persecuted by the Burmese  government. The two boys meet in the jungle when Chiko is  forced to join the army and Tu Reh runs away from a refugee  camp to help his father. Readers of War Brothers by Sharon McKay and Shattered by Erica Walters will appreciate this political novel filled with compassion and hope. [Fathers and  sons; Burma; Survival; Soldiers; Refugees; War stories; Courage] 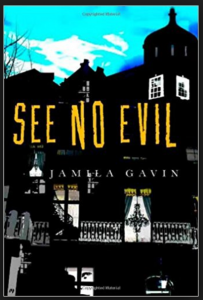 Twelve-year-old Nettie enjoys a wealthy life with her parents in  London, England. There are servants, private ballet lessons and  travels around the world. But when her favourite tutor  mysteriously disappears and she meets the son of a household employee, Nettie starts to suspect that her father’s wealth is  coming from trafficking in illegal aliens. Full of suspense, this  story may appeal to readers who appreciated The Boy in the Striped Pajamas. [London (England); Illegal immigrants; Sex role; Suspense stories] 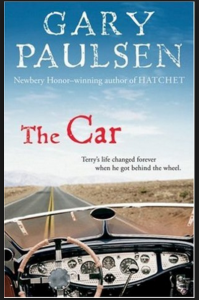 Fourteen-year-old Terry wakes up one morning to discover that his  parents have disappeared. The next day, his mother calls and says  that she is tired of fighting with his father and is not coming back.  She hangs up and his father calls. He is tired of being married to  his mother and is not coming back. He hangs up, leaving Terry  alone in a shabby rented house with only a little over a thousand  dollars he has saved up from mowing lawns and a car kit his father  does not want. Terry has his own mechanic’s set of tools, so he  builds the car and sets off, leaving Ohio behind and heading west  to find his uncle in Oregon. On the way, he meets two Vietnam  War veterans who change his view of life. A young adult novel  with some swearing and realistic references to the violence of war,  this novel will be appreciated by readers of Sunrise over Fallujah  by Walter Dean Myers, Shattered by Eric Walters and Purple Heart  by Patricia McCormick. It might be helpful to look at the picture  book Patrol: An American Soldier in Vietnam by Walter Dean  Myers before reading this memorable story by rightly acclaimed  author Gary Paulsen. [Soldiers; Vietnam conflict; Automobiles;  Voyages and travels; Young adult fiction] 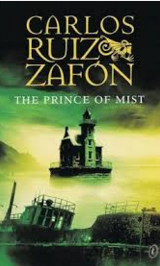 Thirteen-year-old Max Carver and his fifteen-year-old sister  Alicia, along with their friend Roland, battle for their lives against  an evil magician in a small seaside town during World War II.  While not as compelling as The Midnight Palace, another novel by the same author, this story is nevertheless full of action and  suspense and will be enjoyed by readers twelve to fourteen years  old. [Historical fiction; Supernatural; Shipwrecks; Friendship;  Moving, Household]