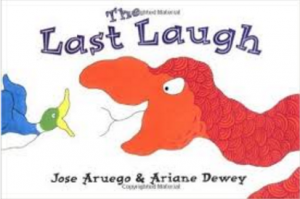 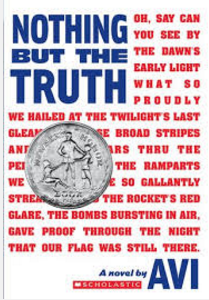 “Love is all we have, the only way that each can help the other.”
Euripides

Bronte, Charlotte. Jane Eyre. Bloomsbury Publishing, 2006.
Jane, an orphan in 19th-century England, grows up unwanted and unloved until she turns eighteen, takes a position as a governess and falls in love with the master of the house.

Bunting, Eve. You Were Loved Before You Were Born. The Blue Sky Press, 2008.
A mother tells her little baby about all the people who loved her even before she was born in a picture book for all ages.

Cumyn, Alan. After Sylvia. Groundwood Books, 2004.
Owen still has his brothers but he misses Sylvia, his true love, after she moves to another town. A heartwarming and amusing novel for grades 4 to 6. The second in a trilogy.

DiCamillo, Kate. The Tale of Despereaux. Candlewick Press, 2003.
A little mouse adventurously tries to win the heart of the princess he loves despite the machinations of a rat determined to ruin everything in this Newbery novel.

Haddix, Margaret Peterson. Just Ella. Aladdin, 1999.
Ella goes to the ball and Prince Charming chooses her to be his bride but that doesn’t mean happiness is sure to follow in this novel for middle school students.

Hughes, Monica. Blaine’s Way. Stoddart, 1996.
Abandoned by his parents, Blaine runs away from his grandparents’ farm to join the army despite his love for his girlfriend in this classic novel about World War 2.

Lowry, Lois. Anastasia Krupnik. Bantam, 1979.
Ten-year-old Anastasia falls in love and learns she will soon have a baby brother in this novel, part of an entertaining series for grade four to seven.

MacLachlan, Patricia. All the Places to Love. HarperCollins, 1994.
A young boy who describes all his favourite places on the farm where he lives in a beautifully illustrated picture book.

MacLachlan, Patricia. Unclaimed Treasures. HarperCollins,1984.
Willa thinks she is in love with the man who lives next door until she realizes that the one she truly loves is his son, the boy her own age.

Naylor, Phyllis Reynolds. Achingly Alice. Simon & Schuster, 1998, 2003.
Thirteen-year-old Alice tries to plan her life as she encounters love in this novel, part of a long series of popular Alice books.

Olsen, Sylvia. Yellow Line. Orca, 2009.
Vince encounters prejudice and violence when he fall in love with a First Nations girl in this short novel for grades eight to twelve.

Rylant, Cynthia. If You’ll Be My Valentine. HarperCollins, 2005.
A young boy who makes valentines for the ones he loves in this endearing picture book.

Smith, Dodie. I Capture the Castle. UK Random House, 1949, 2001.
Seventeen-year-old Cassandra lives with her eccentric family who wants to marry her off to someone wealthy in order to save their ruined castle in this traditional love story set in 1930s Britain.

Spinelli, Jerry, Love, Stargirl. Alfred A. Knopf, 2007.
Home-schooled Stargirl writes a long letter to the boy she loves, the boy who lives far away, in this popular novel for middle school students.

Stork, Francisco X. Marcelo in the Real World. Arthur A. Levine Books, 2009.
Seventeen-year-old Marcelo encounters injustice and discovers romance when he gets a job working in the mail room of his father’s law firm in this humorous realistic novel for teens.

Sturtevant, Katherine.  A True and Faithful Narrative. Farrar, Straus and Giroux, 2006.
… a simply divine novel about pirates, writing, and true love. The main character, Meg, unlike most of the girls in London, pours over books and loves to talk with writers who come into her father’s bookstore. Above all, though, she loves to write. After her father forbids her to do so because it is considered shameful for women to be writers, she secretly meets with a man trying to court her,  Edward, for whom she is writing a narrative about his time of enslavement in the Algiers. Unfortunately, Will, another man trying to court her, spots the two of them together in a tavern and reports her to her father who is outraged. Meg finds herself in a sticky situation: What will her father say to her? What will happen to the narrative she is writing? You’ll have to read this amazing novel find out! (Andriana in grade eight)

Turnbull, Ann. No Shame, No Fear. Candlewick Press, 2003.
Poor fifteen-year-old Susannah, a Quaker, and wealthy seventeen-year-old William, an Anglican, love each other but face persecution and parental disapproval in this novel set in 17th century England.

Venkatraman, Padma. Climbing the Stairs. G.P. Putnam’s Sons, 2008.
Fifteen-year-old Vidya, her older brother and her parents move to the home of her paternal grandfather after her father is severely beaten during a non-violent demonstration in 1941 India.  Instead of looking forward to someday attending college, she now has to face a life of servitude. This compelling young adult novel sensitively portrays different intepretations of the Hindu caste system, India’s struggle for independence and the complications of World War II.

Walters, Eric. Black and White. Puffin, 2009.
Thomas and his new girlfriend have so much in common besides the game of basketball. But their parents are not pleased about their cross-racial romance. A thought-provoking novel about faith and tolerance for grades seven to ten.

Zolotow, Charlotte. If You Listen. Running Press, 2002.
A quiet picture book about how to know if someone far away still loves you.

“And what do all the great words come to in the end, but that?
I love you — I am at rest with you — I have come home.”
Dorothy Sayers