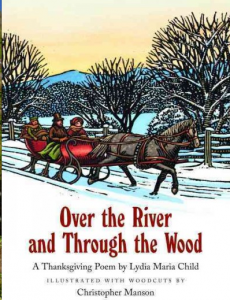 Illustrated with woodcuts of a snowy Thanksgiving by Christopher Manson, this picture book creates a distinctly American mood. But the beauty of the poem and the pictures will appeal to young readers even in other countries.  At the end of the book is the piano music setting this story to song. 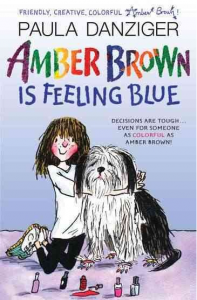 “Nine-year-old Amber Brown faces further complications because of her parents’ divorce when her father plans to move back from Paris and she must decide which parent she will be with on Thanksgiving.” – CIP. Set in Walla Walla, Washington State, this easy-to-read novel will be enjoyed by readers eight to eleven years old who prefer realistic stories. 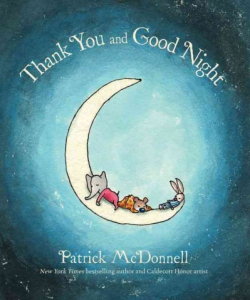 Three friends enjoy a sleep over party and end the evening by remembering everything for which they are thankful. A gentle picture book to share with three to seven-year-olds. 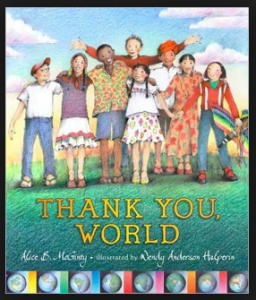 “A child is thankful for the special things in life, such as sun that colors the sky, clouds that paint cotton pictures, and stars that shine like Mommy’s eyes.” – CIP. A cheerful story in rhyme to read aloud. 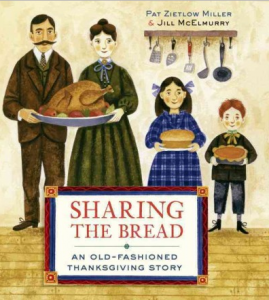 “Illustrations and simple, rhyming text reveal a family’s preparations for their Thanksgiving feast, with everyone pitching in to help–including Baby, who sleeps quiet as a mouse.” – CIP. The illustrations create the atmosphere of an American Thanksgiving in this picture book for young children. 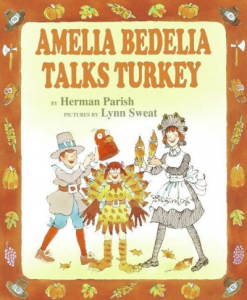 “When Amelia Bedelia volunteers to fill in as director of a third-grade Thanksgiving play, she misunderstands everything from one girl’s desire to play a big role to an opening night wish that she “break a leg,” but all is well in the end.”  – CIP. An American Thanksgiving story written by the nephew of Peggy Parish, the originator of the Amelia Bedelia stories. Recommended for readers seven to eight years old. 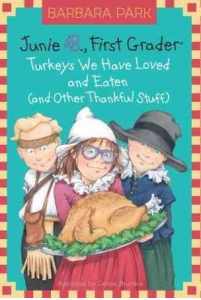 “To celebrate the Thanksgiving holiday, Mr. Scary’s first grade class prepares a Thankful List for the school contest, but Junie B. Jones finds it hard to be grateful for squash or Tattletale May.” – CIP. Another humorous story by a prolific and competent writer. Recommended for readers up to 10 years of age. 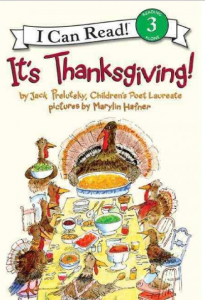 Twelve poems about Thanksgiving written by a renowned children’s poet and illustrated by Marylin Hafner. This easy to read collection for children up to eight years of age includes both distinctly American poems and more general ones suitable for Canadian readers. 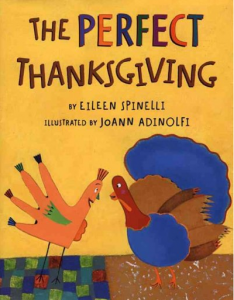 A cheerful and rhythmic picture book perfect for reading aloud and suitable for both American and Canadian audiences as well as anyone who appreciates stories of differences between people. The brightly coloured illustrations by Joann Adinolfi add to the zany humour. 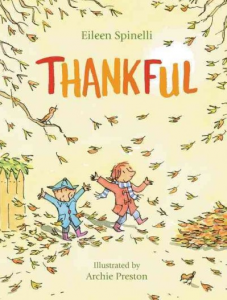 The joyful illustrations by Archie Preston and the cheerful rhyming text create a story sure to be appreciated by readers of all ages, although it should be noted that there is one reference to Christian faith on a page near the end: “The pastor is thankful for God’s word.”which may either heighten or decrease the appeal of this book. The cover illustration of autumn leaves makes this picture book suitable for Canadian readers as it does not have a distinctly American appearance. In fact, the general theme of gratitude makes it appropriate all through the year. 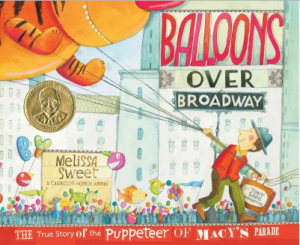 Sweet, Melissa. Balloons over Broadway: the True Story of the Puppeteer of Macy’s Parade. Boston: Houghton Mifflin Books for Children, 2011.

A beautiful picture book biography highly recommended for anyone eight years old and up, although it’s connection to Thanksgiving will only be important for American readers. The flowing language makes it wonderful as a read-aloud and the style makes it useful for teaching writing techniques for older students. 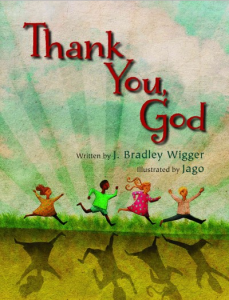 The colours in the full-page pictures by Jago, an award-winning illustrator, create a picture book suitable all year round but especially for Canadian Thanksgiving. This story of faith can be appreciated by readers of all ages, not only Christians but any who believe in a God.