What are some excellent graphic novels?
Before we get to the answer, we need to ask another question:
What are graphic novels?
Answer: comic books (or sometimes novels with pictures that help tell the story)

Comic books are stories that are told using pictures. Most of the time, there are also words but the pictures are essential if you really want to know what is happening in the stories. These stories can be fiction or nonfiction, made-up or factual. But they all include pictures that do more than illustrate or portray the words. The pictures help tell the stories.

Of course, if you’re in middle school, you already know of other books that tell a story in words and pictures. They’re called ‘picture books’. Think of Love You Forever by Robert Munsch. If you only saw the words, you wouldn’t know that the baby grows up to be a man who carries his elderly mother to bed. Think of The Cat in the Hat by Dr. Seuss. If you only saw the words, you would miss much of the happiness and humour..

Here are some of my favourites: 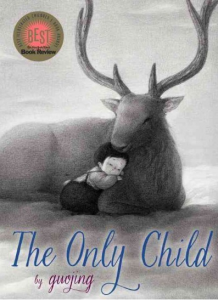 “In this wordless graphic novel, a young girl traveling from her city apartment to her grandmother’s country home becomes lost and enters a fantastical world in the clouds.” – CIP. Recommended for readers 8-years-old and up.  [Adventure stories; Missing Children] 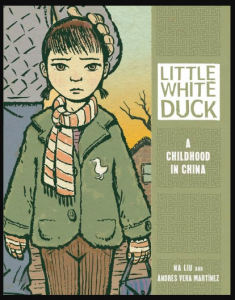 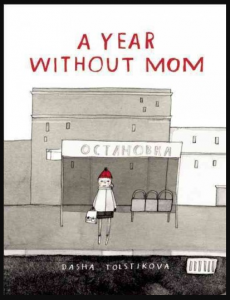 Here are some graphic novels suitable for middle school students: 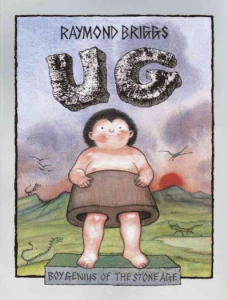 “To the dismay of his parents and friends, a prehistoric boy continually thinks of making things softer, warmer, and nicer, rather than being content in a world of stone.” – CIP. (Note that the mother in the story is topless, although rather formless.)

There are also many non-fiction books that are written as graphic novels:
– the Graphic Library series of biographies of important people in history such as Christopher Columbus, Benjamin Franklin, Jane Goodall and Helen Keller
– the Max Axiom series about all sorts of science topics such as global warming
– The Strongest Man in the World by Nicolas Debon, a biography about a strongman and circus owner from Quebec
– T-Minus: the Race to the Moon by Jim Ottaviani about the first human lunar landing. A Junior Literery Guild Selection. 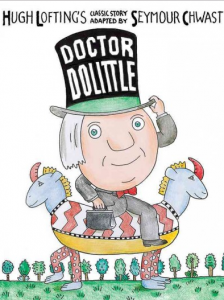 “A man learns to talk to animals and becomes their champion around the world, in this graphic novel retelling of Hugh Lofting’s Story of Doctor Dolittle.” – CIP.

There are also some completely wordless graphic novels:
– The Arrival by Shaun Tan (Arthur A. Levine Books, 2007)
– No! by David McPhail (Roaring Book Press, 2009)
– The Other Side by Istvan Banyai (Chronicle Books, 2005)

And more and more novels are being turned into graphic novels:
– Cirque du Freak by Darren Shan
– Good-bye Marianne by Irene N. Watts
– Redwall by Brian Jacques
– Return to the Clans by Erin Hunter
– The Rise of Scourge by Erin Hunter
– Skeleton Key by Anthony Horowitz

Here are some graphic novels that are suitable for younger readers:
– Rainstorm by Barbara Lehman (Houghton Mifflin Co., 2007)
– Red Ted and the Lost Things by Michael Rosen (Candlewick Press, 2009).

Graphic novels are very exciting to read because you can see that action while you read the saying. They are full of action and fighting, and the blood and gore in them makes them really cool. They are even better because you can see the emotion in the character as they say something. You can really get into them! (Trenton in gr. 7)