What type of response should you write?
Here are some options: 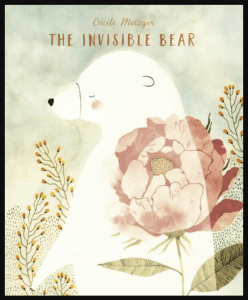 Brief Annotation:
Alone. Unseen. Invisible. A quiet solitary existence. Until Madame Odette moves next door and brings colour and sound and friendship into Bear’s life. This softly illustrated picture book – originally published in French – will speak to readers of all ages, especially during this time of Covid-19.

Personal Response:
This simple story of friendship reminds me of the serendipity in my own life. Long ago, when I was hesitating over a decision, an acquaintance told me to “Do or don’t, but don’t drop to depths of depression,” which has helped me stop waffling ever since. Many years ago when I first became a teacher, a colleague – who later became a friend – offered advice which has positively influenced me for 40 years. Both of these people – so different in outlook from me – brought unexpected wisdom into my life. 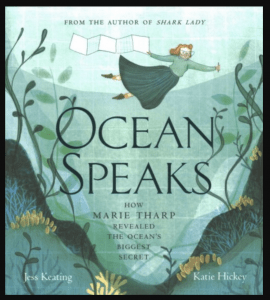 One-sentence Summary:
Curious and persistent, Marie Tharp – who was born in the 1900s when girls were not encouraged to be scientists – grew up to discover the largest geographical feature on earth: the mid-ocean ridge beneath the Atlantic Ocean.

Brief Comment:
Curious and persistent, Marie Tharp – who was born in the 1900s when girls were not encouraged to be scientists – grew up to discover the largest geographical feature on earth: the mid-ocean ridge beneath the Atlantic Ocean. This exuberantly picture book – illustrated by Katie Hickey – is highly recommended for readers 8 years old and up who are enjoy learning more about the scientists who have increased our knowledge of the world.

Personal Response:
This picture book biography reminded me of my own teenage years when girls were expected to take cooking and sewing and typing in school and leave most of the other high school electives for boys. I liked drawing house plans and so in grade nine, I  wanted to taking drafting, but the principal said he had to “leave some courses for the boys, so they can be top of the class.” Fortunately, unlike me, many girls throughout history have persisted, going on to make significant contributions in the world of architecture, science, and many other fields. Fortunately, there are many books now that tell their stories.

Informative Description:
This picture book biography of Marie Tharp, born in the 1900s when girls were not encouraged to be scientists, describes how a little girl who loved visiting the ocean became a grown-up scientist who discovered the largest geographical feature on earth: the mid-Atlantic ridge. During World War II, when men were sent overseas to fight, Marie finally got her chance to study science. But after the war when the men came back, while she got a job in a New York laboratory, she was not allowed to go on research trips. Instead, she was assigned to plot the information the men sent back, and she realized that under the oceans was a long rift valley encircling the earth! The men didn’t believe her, but divers proved that she was correct and that she had also discovered the largest mountain range on Earth: the mid-Atlantic ridge. Marie Tharp quietly made a massive difference in our knowledge of the world.