Looking for a story about music? 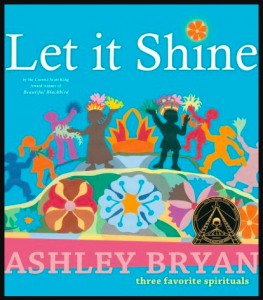 Bryan, Ashley. Let it Shine. New York: Atheneum Books for Young Readers, 2007.
Three joyous spirituals – Let It Shine and Oh, When the Saints Go Marching In and He’s Got the Whole World In His Hands – are exuberantly illustrated by Ashley Bryan in this cheerful book happily recommended for all ages. The large brightly coloured pictures are ideal for group story sessions, and the construction paper collage illustrations will inspire art students. The melody line for each song – along with all of its verses – is provided at the end of the book along with a brief history of Spiritual folk songs.

If your day is dark or your spirits low, pull out this book and smile.

Then listen to the African Children’s Choir sing He’s Got the Whole World in His Hands.

And learn how to make luminaries. 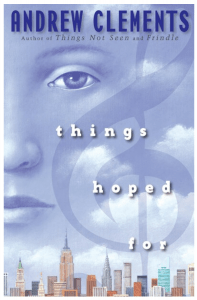 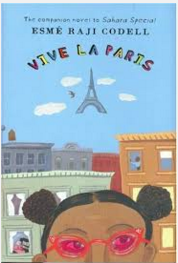 “Fifth-grader Paris learns some lessons about dealing with bullies of all kinds as she wonders how to stop a classmate from beating up her brother at school and as she learns about the Holocaust from her piano teacher, Mrs. Rosen.” – CIP 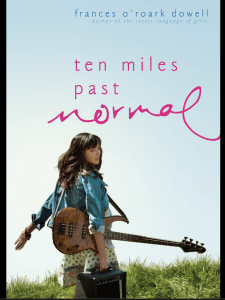 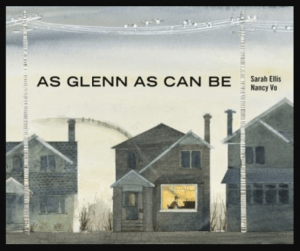 Ellis, Sarah. As Glenn As Can Be. Toronto: Groundwood Books, House of Anansi Press, 2022.

Glenn knows what he likes: fun, nature, seeing patterns, and playing piano. He also knows what he doesn’t like: bullies, feeling cold, going to school, and being around noisy people. So where is his favourite place to be? An empty concert hall, where he can play a song over and over and over again until it is just right. Brilliantly written by a prolific award-winning author and beautifully designed with additional information at the end, this biography of Canada’s most famous pianist is highly recommended for readers 6 years old and up. 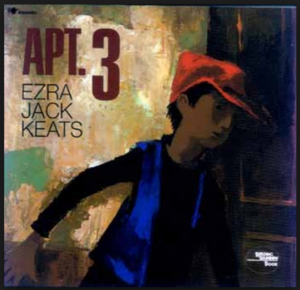 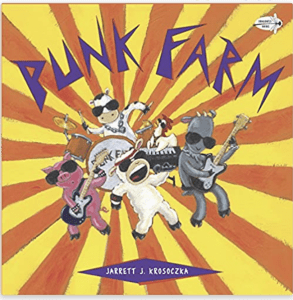 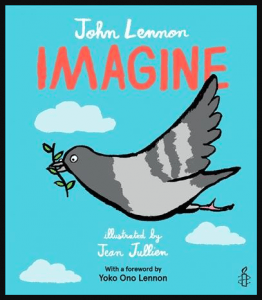 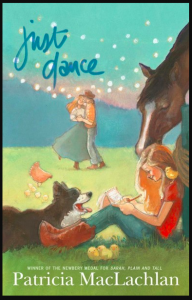 MacLachlan, Patricia. Just Dance. New York: Margaret K. McElderry Books, 2017.
Ten-year-old Sylvie and eight-year-old Nate live on a farm in Wyoming with their father – a cowboy with a love of poetry- and their mother – a former opera singer who now sings in the shower. Sylvie worries. Does her mother miss her glamorous life travelling the world? Might she leave them all and return to life on the stage?  Sylvie worries and thinks about love and writes poems about local events. And finally realizes that what seems ordinary is precious. An easy-to-read reflective novel that will encourage conversation. Highly recommended for readers 7 years old and up. 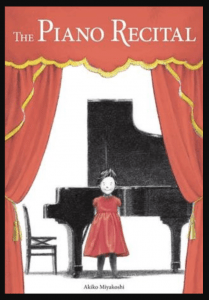 Miyakoshi, Akiko. The Piano Recital. Toronto: Kids Can Press, 2019.
Nervousness. Momo is overwhelmed with nervousness. Will she be able to play the piano on stage in front of all those people? And then she spies a tiny door and follows a tiny mouse into a fantastical world of acrobats and orchestras and ballerinas all joyously performing in front of a vast audience. This magical story by an award-winning author and illustrator is recommended for young readers who face their own nervous moments. 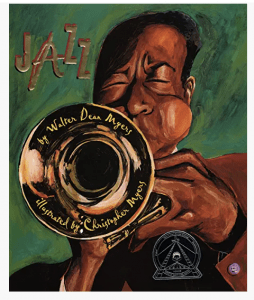 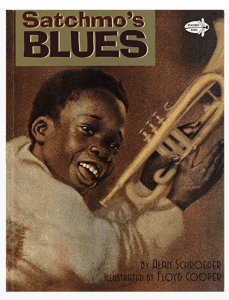 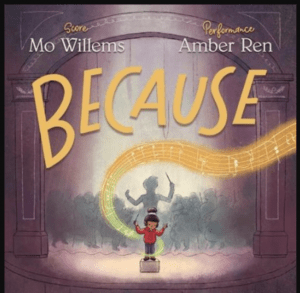 An encouraging story showing how we are all connected to each other, how one action by one person can lead to inspiration for others. Cheerful illustrations by Amber Ren help tell a story of Franz Schubert composing a symphony that leads to a young girl becoming a composer. The front endpaper shows Schubert’s Symphony No. 8 in B-Minor, while the back endpaper features Hilary Purrington’s The Cold, a piece composed especially for this picture book. The back flyleaf intriguingly relates the chain of events that led to the author’s and illustrator’s own careers.  A wonderful story for readers six to eleven-years-old, a discussion starter for teachers of middle school students.

Listen to the The Cold and learn how this picture book was created HERE. 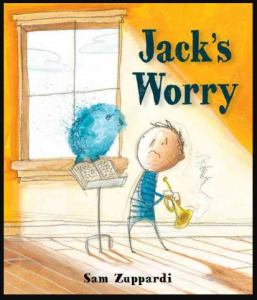 Zuppardi, Sam. Jack’s Worry. Somerville, Mass.: Candlewick Press, 2016.
Jack loves playing the trumpet. And he’s looking forward to his first concert. But then the worries start. What if he makes a mistake? What if his mother won’t love him anymore? A jaunty font and zany full-page illustrations help make this a picture book sure to reassure worriers of all ages.