Do countries each have their own mood?
Do novels reflect the mood of the author’s country? 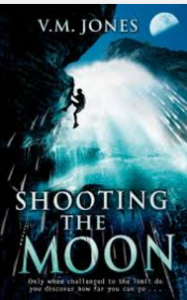 Jones, V.M. Shooting the Moon. London: Andersen Press, 2008.
Pip and his father head into the wilderness of New Zealand on a hiking trip with a group that threatens to disintegrate rather than pull together to survive. 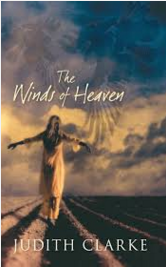 “Left to herself all through the weekdays, Clementine grew bored — bored with the books she’d brought with her, bored with idling around the lake and wandering the narrow tracks that meandered over the empty common and never seemed to get to anywhere except the paddocks and back to the lake again. The little waves still made their old-dog lapping sound among the reeds, the winds of heaven blew, and the clouds in their fantastic shapes still sailed majestically across the sky. On a lonely day that wide sky and those grand sailing clouds could make you feel unreal” (107).

That wistful loneliness in The Winds of Heaven by Judith Clarke (New York: Henry Holt, 2010) is prevalent in many Australian novels. A feeling of being unseen, of living on the periphery of life, of drifting away, unnoticed. Read some stories. See if you find a pattern. 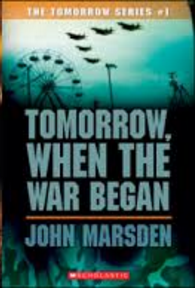 Marsden, John. Tomorrow When the War Began. Pan Macmillan, 1993.
Many vivid images come to mind while reading  Tomorrow When the War Began by John Marsden (Pan Macmillan Publishers, 1993 ). One is of a camping site: a deep crater with large granite slabs that drop down step by step to a slight hill covered by plants. In the centre is an area, the size of a hockey field, spotted with trees and inhabited by large snakes and numerous bugs and insects living in the heavy undergrowth. A shallow creek that runs up from Hell to the other side. And that is just one of the many images this book gives me. (Jake in grade eight)
This is the first in a series of seven young adult novels by an Australian author.  The stories are told from the point of view of a teenage girl who is part of a guerrilla band fighting an invading army in what has become World War 3. 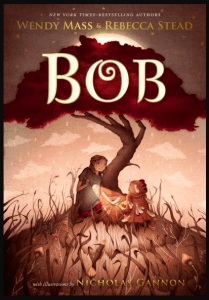 Mass, Wendy and Rebecca Stead. Bob. New York: Feiwel and Friends, 2018.
Most of the time, I dislike novels written by more than one author. But this one is an exception. Ten-year-old Livy reluctantly visits her grandmother in Australia and discovers a strange creature hiding in her bedroom closet. Why does she feel she somehow knows him? Why does she feel the need to protect him? This charming story  is highly recommended for readers 10 years old and up who enjoy mythology. It is easy to read and ends happily.
P.S. I generally dislike stories set in present tense and written from the first person point of view, but this novel is an exception again. But then everything published by Feiwil and Friends tends to be magically endearing. [Animals, Mythical; Australia; Memory; Missing children]

But here is a story, from Australia, in which the main character is pulled back from drifting away:
Millard, Glenda. The Naming of Tishkin Silk. Farrar, Straus & Giroux, 2009.
Griffin is lonely. While he has a father and brothers and sisters, his mother and baby sister have disappeared. Then he starts school where he makes a new friend, Layla, who enters the magical world of his imagination and teaches him how to open his heart to the truth. This gentle story from Australia will be appreciated by readers of all ages who understand that courage can be quiet and that families can find love even in the midst of grief. [Australia; Death; Family life; Friendship; Grief; Identify; Imagination; Loneliness]

And here is a story that starts in Australia, a story about a boy who floats away from his uncaring family.  The author is Irish and while the story starts bleakly, it soon reaches the humorous craziness of many Irish novels:
Boyne, John. The Terrible Thing That Happened to Barnaby Brocket. Toronto: Doubleday Canada, 2013, c2012.
“Barnaby Brocket who is different in one important way (he floats), finds himself on a journey that takes him all over the world and discovers who he really is along the way.” – CIP  Quietly and subtly humorous, showing the perseverance needed to survive in a home where one is unwanted. Highly recommended for readers of all ages. [Australia; Courage; Family life; Fantasy fiction; Humorous stories; Individuality; Self-realization; Voyages and travels]