Authors hide truth inside their stories.

They tell us about real life right in the middle of their novels.

Learning to recognize those sentences will make you a powerful reader.

Learning to write about how you connect to those sentences will make you even more powerful!

Clarke, Judith. The Winds of Heaven. New York: Henry Holt, 2010.
“It’s strange how some dreams stay with you all your life, so that when you’re old they seem as real as the actual people and places that you’ve known” (276).
“…she stands quite still, gazing steadily at Fan, like someone gone quiet before a painting where it seems some rare and lovely truth of life is unexpectedly revealed” (277). 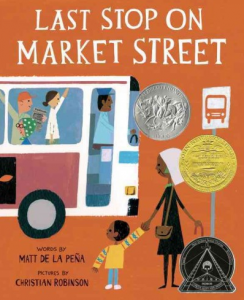 “A young boy rides the bus across town with his grandmother and learns to appreciate the beauty in everyday things.” – CIP.  “Sometimes when you’re surrounded by dirt…you’re a better witness for what’s beautiful.”

Hautzig, Esther. The Endless Steppe. New York: HarperTrophy, 1968.
1. “Now I had a best friend. I thought I would die of happiness” (127).  Have you ever felt full of joy because of a new friendship?
2. “Oh, no, I thought, I’m not such an innocent as to be trapped into criticizing the Soviet way. I kept my mouth shut and shrugged” (201). Have you ever been asked to criticize someone but realized that doing so could cause you trouble in the future?

Hughes, Monica. The Keeper of the Isis Light. Toronto: Tundra Books, 1980, 2000.
“To be an adult and to hide one’s hurt is rather like acting in a play, thought Olwen…” (179). Have you ever realized that by not showing everything you feel you were, in fact, becoming more grown up?

Matas, Carol. Lisa. Toronto: Scholastic, 1987.
1. “Suddenly they’re both looking at me. I know it’s just dawned on them that I should be asleep, that I was listening” (19). Have you ever eavesdropped on your parents’ conversations?  Have they caught you?  What happened?
2. “There’s a warm summer breeze blowing in through my window. It’s such a relief to be working in just a skirt and blouse” (62).  Have you ever enjoyed the coming of spring because you didn’t have to wear such heavy clothes?
3. “I even sympathize with him for not wanting to face facts. After all, who could find this easy to believe?” (102). Have you ever tried to avoid the truth about a difficult situation?  Have you ever been wrong about something important? Have you ever hoped that people wouldn’t remind you about something embarrassing?

Moriarty, Jaclyn. A Corner of White. New York: Arthur A. Levine Books, 2013.
“‘We must think outside of ourselves, Madeleine,’ he’d say,… ‘Live for others, not just yourself.’….’If you do not learn this thing,’ her father used to say, ‘people will give up on you. You only get so many chances'” (245-246). Have you ever quietly decided not to trust someone – or be friends with someone – anymore because you’d too often been disappointed by their self-centredness?

Naylor, Phyllis Reynolds. Shadows on the Wall. New York: Aladdin Paperbacks, 1980.
1. “And because he was tired of worrying about it, he put it out of his mind” (13). Have you ever simply shut a problem out of your mind and gone off and had fun instead?
2. “But worry could not be dismissed so lightly. It refused to go away” (30). Have you ever continued to feel anxious no matter how much you tried to reason with yourself?
3. “It was a comfort being there with each other, a comfort to know that they were all in it together” (169).  Have you ever felt safer just because you were with people you trusted, even if your situation was still dangerous?

Noel, Michel. Good for Nothing. Toronto: Groundwood Book / Douglas & McIntyre 2004
“We are like the tortoise. We will move ahead slowly, but we will go a long way.” 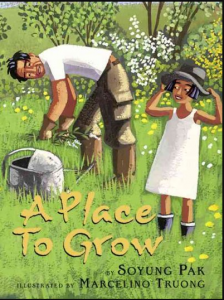 “That is what it is like when there are dreams but not enough hope.”

Pitcher, Annabel. My Sister Lives on the Mantelpiece. Boston: Little, Brown & Co., 2011.
“Sometimes when I wake up, I forget that she’s gone and then I remember and my drops like it does when you miss a step or trip over a curb” (11). Has someone you loved died and afterwards, every once in awhile, you found yourself forgetting and then remembering?

Sand-Eveland, Cyndi. Tinfoil Sky. Toronto: Tundra Books, 2012.
1. “She couldn’t help but hope that this time things were really going to work out” (6). Have you ever hoped that life would improve even though you had no good reason to think that anything would change?
2. “She mentally added the scene to her list of beautiful places” (60). Do you ever remember wonderful places you’ve visited in order to momentarily forget your current difficulties?

Scattergood, Augusta. Glory Be. New York: Scholastic Press, 2012.
“Always a good idea to start with saying something nice. Leave your vinegar till the end” (76). Have you ever started a difficult conversation by being pleasant?

Tolan, Stephanie S. Applewhite’s at Wit’s End. New York: Harper, 2012.
“The threat really had turned them – adults and kids alike – into an ensemble, all focused on the same thing” (218). Have you ever been part of a family or a group that fights within itself but pulls together when faced with opposition from without?

And HERE to find quotations from classic novels.

And HERE to find a picture book to use for finding a hidden sentence.

And HERE for lessons on connecting to the truth in stories.

An essay response, about several novels, by Ilar in grade eight:

In Word to Caesar, by Geoffrey Trease, two ways of experiencing life are portrayed. The first is through direct experience or action. The second is through thought or reflection. The poet Severus says he prefers “the adventures of the mind” (p.48). In contrast, the protagonist Paul generally prefers physical activity. I, myself, have enjoyed both types of adventures in life.
I have enjoyed life vicariously through books and movies. Some that have taken me to other places and times include Crime and Punishment and Catherine, Called Birdy. They have shown me different ways of life and different problems people face in this world. For example, in Crime and Punishment, the protagonist murders a wealthy old woman and her sister for their money, but hides it after he goes into depression because he realizes he doesn’t want it anymore. This novel takes place in St. Petersburg, Russia in the 1860’s, as the main character, Raskolnikov, tries to figure out how to escape the rest of his miserable life while a clever and cunning detective gets closer and closer to finding out the truth. In Catherine, Called Birdy, the protagonist, Catherine, is being forced by her greedy father to marry a disgusting, rude old man just because he is rich! Set in England during the Middle Ages, Catherine must find a way to be even more disgusting and rude to chase the suitor away. This book also tells about the society in the Middles Ages such as how the serfs and workers respected the lord and his family, which in this case includes Catherine.
I have also enjoyed adventures in real life. I have gone on vacations and played sports that allowed me to experience life quite directly. I had quite the adventure when my family and I travelled to Turkey a few years ago. Our hotel where we stayed was in the city of Anaka. On Easter weekend, we decided to go to Istanbul, another major city. So our family, about fifteen of us, rented a bus and drove to the city. However, we had not booked a hotel in advance because we were sure we would be able to find at least one place to stay in that big city. Unlike we had predicted, it turned out this place was very big on celebrating Easer and our family, after searching all night, could not find a single hotel with vacant rooms! After a long night of trying to find a place to stay, we all ended up sleeping on the bus, which was a very uncomfortable experience!
Like Paul in Word to Caesar, I have had adventures of the mind and through direct experience. Both can be great fun! However, my preference is for adventures of the mind, because they can take you to places and introduce you to people you would not otherwise know in real life.