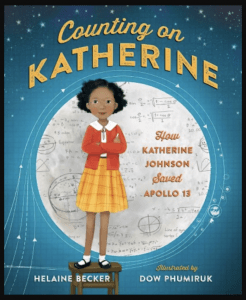 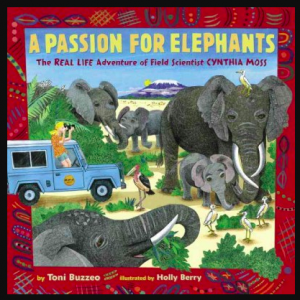 Buzzeo, Toni. A Passion for Elephants: The Real Life Adventures of Field Scientist Cynthia Moss. New York: Dial Books for Young Readers, 2015.
Cynthia Moss was not afraid of big things. Born in 1940, she grew up to become on of the most important elephant researchers in the whole world. This colourfully illustrated picture book will be appreciated by readers – and listeners – 7 to 14 years old. The smoothly flowing language and cheerful pictures will inspire writers and artists to create their own works of art. The courage and determination portrayed in this biography will encourage everyone to work hard to reach their goals in life.

Halilbegovich, Nadja. My Childhood Under Fire: A Sarajevo Diary. Kids Can Press, 2006.

Kamara, Mariatu. The Bite of the Mango. Annick Press, 2008. [For mature readers only.] 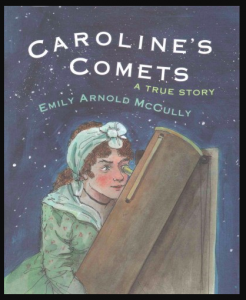 McCully, Emily Arnold. Caroline’s Comets: A True Story. New York: Holiday House, 2017.
Caroline Herschel was born in Germany in 1750. Her father and brothers were musicians but she – being a girl – was kept busy doing housework. Everything changed when she was 22 years old. She joined her older brother in England and became a professional singer and then an assistant to her brother, who had become an astronomer for King George III. Later, she also earned a salary as an astronomer for the king.  Before she died in 1848, she had discovered 8 comets and become a star among scientists.
Quotations from Caroline’s diary are embedded in this incredible story of the first woman to discover a comet. The gently old-fashioned pen, ink, and watercolour illustrations enhance this picture book biography for readers 9 years old and up. 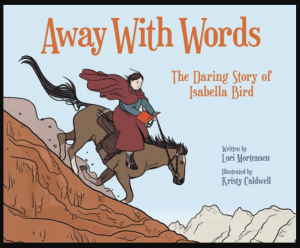 Mortensen, Lori. Away with Words: the Daring Story of Isabella Bird. Minneapolis : University of Minnesota Press, 2019.

Nivola, Claire A. Planting the Trees of Kenya: The Story of Wangari Maathai. Farrar, Straus, and Giroux, 2008.

Winter, Jeanette. The Watcher: Jane Goodall’s Life with the Chimps. Schwartz and Wade, 2011.

Balliett, Blue. Hold Fast. Scholastic Press, 2013.
On a cold winter day in Chicago, Early’s father disappeared, and now she, her mother and her brother have been forced to flee their apartment and join the ranks of the homeless – and it is up to Early to hold her family together and solve the mystery surrounding her father. – CIP  While the plot line is similar to some of Joan Bauer’s novels, the writing is more sophisticated. Highly recommended. [Homelessness; Poverty; Missing persons; Kidnapping; Fathers and daughters; Family life; Chicago (Ill.); Smuggling; Mystery and detective stories] 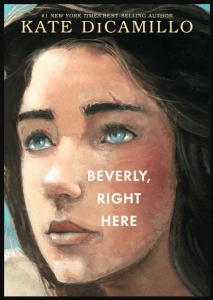 The third in a trilogy about three friends, Beverly, Right Here tells the story of fourteen-year-old Beverly who runs away from home and gets a job in a neighbouring town. 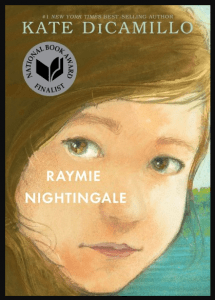 The first in the series was Raymie Nightingale, about a girl who misses her father, who hopes if only she can win a beauty contest, he will come home. 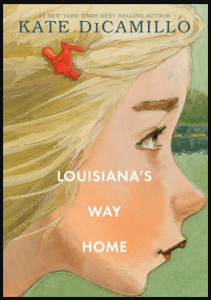 The second story was Louisiana’s Way Home in which the main character’s grandmother wakes her in the middle of the night to tell her they’re leaving town right now and never coming back.

Three elegantly written novels, set in Florida, with a consistent theme:
Life is not always the way it should be. Your parents may not have enough energy or interest to properly care for you. The people you depend on may not always be dependable. You probably will have to make important decisions all on your own. But there is hope. Someone will come along – even if only for a moment – to give you words of encouragement and wisdom. Life will never be the way you’d hoped it would be, but it will still be good. And remember: you are loved. 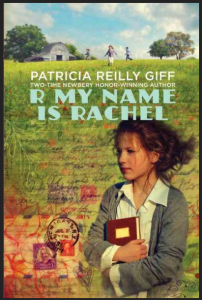 Giff, Patricia Reilly. R My Name is Rachel. New York : Wendy Lamb Books, 2011.
Three city siblings, now living on a farm during the Great Depression, must survive on their own when their father takes a construction job miles away.” – CIP  A wistful story about a girl who enjoys reading and writing and daydreaming but is determined to keep her family together. Recommended for readers 10 to 14 years old. [Brothers and sisters; Farm life; Moving, Household; Poverty; Self-reliance]

Holm, Jennifer L. Our Only May Amelia.  HarperCollinsPublishers, 1999. 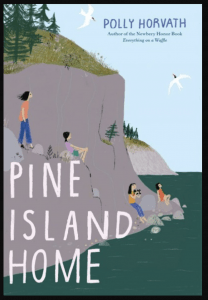 Horvath, Polly. Pine Island Home. Toronto: Puffin Canada, 2020.
Feeling fatigued by the constraints imposed by this pandemic? Feeling irritable about life in general? Read a novel by Polly Horvath. She has an extraordinary ability to use life’s craziness to make us laugh. This latest novel is no exception. Four sisters are orphaned in Borneo when their missionary parents are washed away by a tsunami. Unfortunately, their great-aunt – who had volunteered to take them in – dies before they arrive. Now what will they do? Where will they go? The four girls decide to settle into their aunt’s rural home on an island off the coast of British Columbia and pretend that a grumpy neighbour is their legal guardian. Will their scheme work? Well, all ends happily but not before all sorts of crazy complications surprise everyone. This very highly recommended novel will be enjoyed by readers 10 to 13 years old. 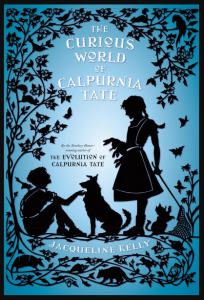 MacColl, Michaela. Promise the Night. Chronicle Books, 2011.
Young Beryl, abandoned by her mother and living with her father on a farm in Kenya, is determined to be independent. She is determined not to become a dignified young lady despite all the attempts made by the new housekeeper her father brings into their home and by the headmistress of the boarding school she is forced to attend. Based on the stories and diaries of Beryl Markham, the first person to fly solo across the Atlantic from east to west, this novel set in the early 20th century will appeal to readers 10-14 years old.  [Africa; Markham, Beryl; Kenya; Friendship; Loneliness; Determination (Personality trait); air pilots; Historical fiction]

MacLachlan, Patricia. The Facts and Fictions of Minna Pratt. 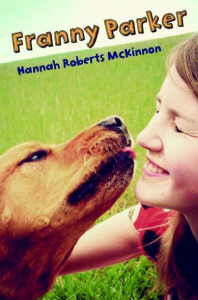 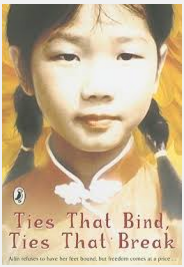 “Ailin’s life takes a different turn when she defies the traditions of upper class Chinese society by refusing to have her feet bound.” – WAFMS. A fascinating fast-moving story that follows a young girl from the age of four to adulthood during the mid-20th century. Highly recommended for readers 12-years-old and up. [China; Sex roles; Immigration and emigration] 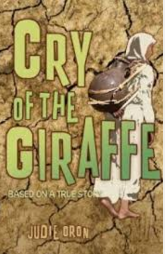 Paterson, Katherine. The Day of the Pelican. Sandpiper, 2009. 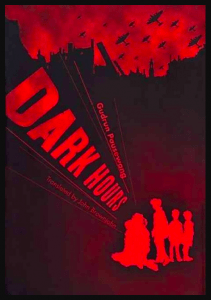 Pennypacker, Sara. The Summer of the Gypsy Moths. 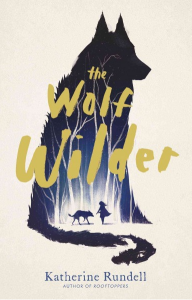 “In the days before the Russian Revolution, twelve-year-old Feodora sets out to rescue her mother when the Tsar’s Imperial Army imprisons her for teaching tamed wolves to fend for themselves.” – FVRL. “A slightly different version of this work was originally published in 2015 in Great Britain by Bloomsbury Publishing Plc.” – T.p. verso. This story of courage with the echo of a powerful myth is recommended for all readers 11 years old and up. [Historical fiction; Mothers and daughters; St. Petersburg (Russia); Survival; Wolves] 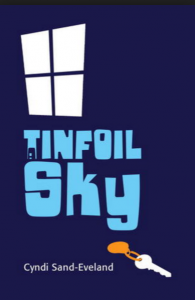 Sand-Eveland, Cyndi. Tinfoil Sky. Toronto: Tundra Books, 2012.
Twelve-year-old Mel and her mother are moving for the eleventh time in four years. But when Mel’s grandmother won’t take them in and her mother goes back to her boyfriend, Mel is left behind to live by herself in their old broken-down station wagon. A novel of courage and hope that will appeal to readers who enjoyed Hold Fast by Blue Balliet or Close to Famous by Joan Bauer. [Courage; Homelessness; Grandmothers; Moving (Household); Mothers and daughters; Runaways] 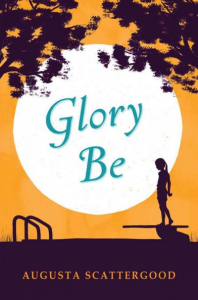 “In the summer of 1964 as she is about to turn twelve, Glory’s town of Hanging Moss, Mississippi, is beset by racial tension when town leaders close her beloved public pool rather than desegregating it.” FVRL [Courage; Friendship; HIstorical fiction; Mississippi; Racism; Segregation; Sisters; Summer]

Sheinmel, Courtney. Positively. New York : Simon & Schuster Books for Young Readers, 2009.
Thirteen-year-old Emmy, grieving over her mother who died of AIDS, resentful of having to live with her father and pregnant stepmother, and despairing about her future, finds hope at a summer camp for HIV-positive girls like herself. Includes facts about Elizabeth Glaser, one of the founders of the Pediatric AIDS Foundation. – CIP [HIV (Viruses); AIDS (Disease); Death; Stepfamilies; Camps; Friendship; Loneliness; Grief] 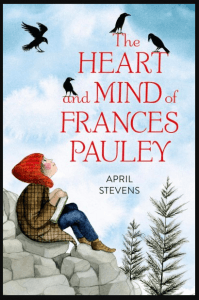 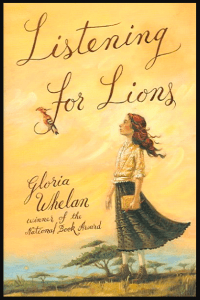 Thirteen-year-old Rachel, returning to England from British East Africa after being orphaned in the 1918 influenza pandemic, longs to return to rebuild her parents’ hospital. Recommended for readers 10 to 14 years old.

Williams, Vera B. A Chair for My Mother. Greenwillow Books, 1982.