Qualities of a Sophisticated Picture Book

1. Uses a variety of literary techniques.
2. Provides  information to increase the general knowledge of readers 11-years-old and up.
3. Includes an important idea about life that is relevant even to adults.

Berne, Jennifer. On a Beam of Light: a Story of Albert Einstein. San Francisco: Chronicle Books, 2013. 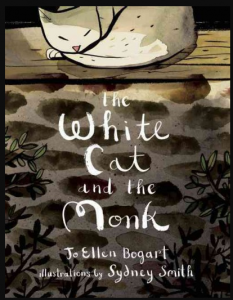 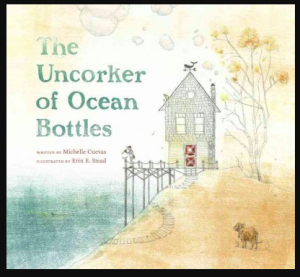 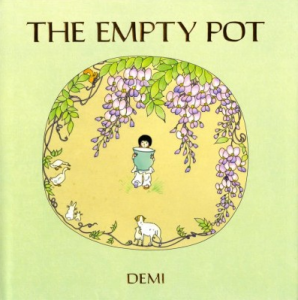 Demi. The Empty Pot. New York: H. Holt, 1990.
Should you admit failure? This folktale from China tells the story of Ping, who discovers that no matter what he tries, he cannot make a seed grow. What will he have to show the great emperor? [China; Honesty] 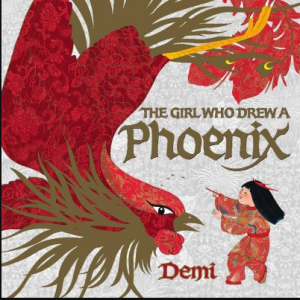 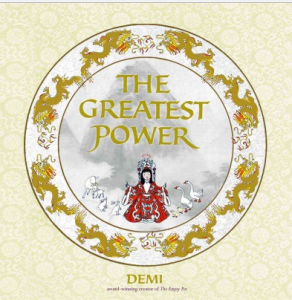 “Long ago, a Chinese emperor challenges the children of his kingdom to show him the greatest power in the world, and all are surprised at what is discovered.” – CIP. The story of Ping, started in The Empty Pot, continues in this beautiful picture book. Recommended for everyone 7-years-old and up who is looking for hope.Demi. Joan of Arc. New York: Marshall Cavendish Children, 2011. 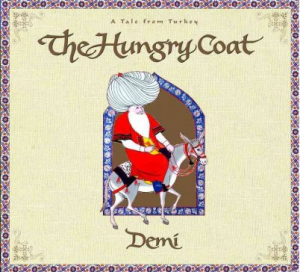 Demi. The Hungry Coat: a Tale from Turkey. New York: Margaret K. McElderry Books, 2004.
“After being forced to change to a fancy new coat to attend a party, Nasrettin Hoca tries to feed his dinner to the coat, reasoning that it was the coat that was the invited guest.” – CIP. Nasrettin Hoca was a 13th century philosopher who told stories to teach his listeners lessons about life. This illustrated picture book by the award-winning author of numerous biographies and philosophical stories is highly recommended for readers of all ages. Excellent as a read-aloud , as well. 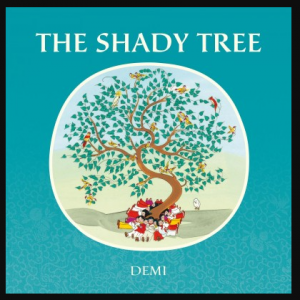 Demi. The Shady Tree. New York: Henry Holt and Company, 2016.
Wealthy Tan Tan lives in a beautiful home with a lovely shady tree which he does not want to share. After poor Ping uses the little money he has to buy that shade, Tan Tan discovers  he’s sold more than he expected.  Kind Ping, though, shares and all turns out well in this Chinese folktale for readers 7 to 14 years old. [China; Folklore; Greed; Sharing] 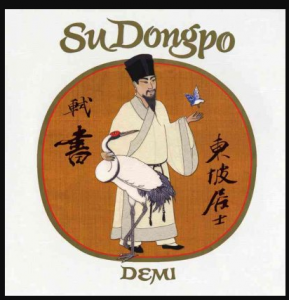 A delicately detailed picture book biography of a civil engineer, poet, and statesman who exhibited courage, patience, and honour in 11th century China. Recommended for lovers of philosophy of all ages. [Authors; China; Su, Shi] 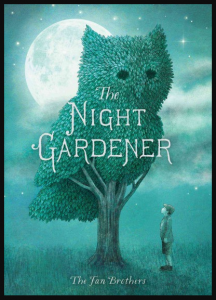 Fan, Terry and Eric Fan. The Night Gardener. New York: Schuster Books for Young Readers, 2016.
What a magnificent story! William, a lonely boy, creeps out at night to discover the stranger who prunes the trees into amazing creatures. The simple text in a suitably-sized font accompanies the intricate illustrations that subtly help tell the story. Highly recommended as a book to read and read again. And talk about: How does beauty change people? How does creating beauty change people? How does imagination save us? Wonderful for all ages. [Gardeners; Imagination; Loneliness; Topiary] 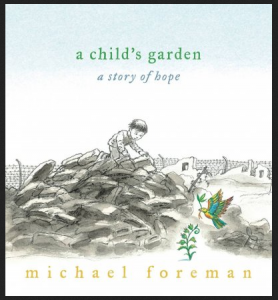 Foreman, Michael. A Child’s Garden: A Story of Hope. Somerville, Mass.: Candlewick Press, 2009.
Living in ruin and rubble with a wire fence and soldiers separating him from the cool hills where his father used to take him as a small child, a boy’s tiny, green plant shoot gives him hope in a bleak landscape. – CIP [Gardens; Hope; Poverty; War] 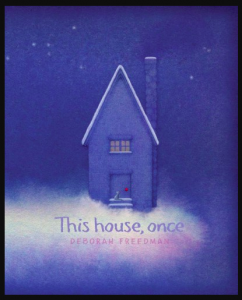 Freedman, Deborah. This House, Once. New York: Atheneum Books for Young Readers, 2017.
Before your house was a house, what was it? Trees. Rocks. Mud. Sand. This elegantly illustrated picture book will intrigue readers and listeners 5 years old and up. (If you like to analyze books, notice how the colour and style of the font complement the colour and size of the illustrations, creating a reflective tone that matches the mood of the story.)

Gerstein, Mordicai. The Man Who Walked Between the Towers. New York : Square Fish, 2003. 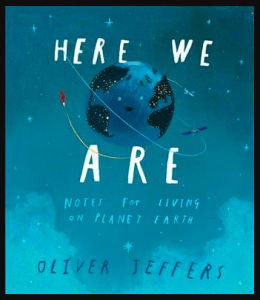 Jeffers, Oliver. Here We Are: Notes for Living on Planet Earth. London: HarperCollins Children’s Books, 2017.
What do we need to remember living on this planet in space? Jeffers eloquently explains in this gently profound picture book written for his newborn son. The world is wonderfully complex.  And life passes quickly.  So be good to the people around you and take care of the earth.
Full-page illustrations in Jeffers’ uniquely whimsical style and a friendly yet formal font help create a picture book that will appeal to readers and listeners of all ages.
P.S. Teachers: read this aloud to start a discussion or inspire thoughtful writing.

K’naan. When I Get Older: the Story behind Wavin’ Flag. Toronto: Tundra Books, 2012.

Lasky, Katherine. One Beetle Too Many: the Extraordinary Adventures of Charles Darwin. Somerville, Mass.: Candlewick Press, 2009.

Ruelle, Karen Gray. The Grand Mosque of Paris: a Story of How Muslims Saved Jews During the Holocaust. New York: Holiday House, 2009. 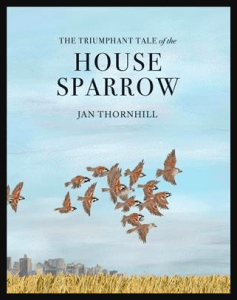 Thornhill, Jan. The Triumphant Tale of the House Sparrow. Toronto: Groundwood Books/House of Anansi Press, 2018.
For over 100 years, little brown house sparrows have been at home here in British Columbia. They enjoy living near people, near a steady supply of food. So it is not surprising that over 10,000 years ago, when people started settling down and growing grain in the Middle East, sparrows started settling down, too, making their homes inside human dwellings. As human settlements spread, the house sparrow travelled along until now it can be found almost all around the world.
Jan Thornhill, acclaimed Canadian author and illustrator, tells the story of this lowly bird in a fascinating and exquisite picture book accompanied by a world map, a life cycle chart, a glossary, a list of wild animals that live near people, and a list of related websites. Highly recommended for readers 11 years old and up as a book to not only borrow but buy! [Birds; Sparrows]

More philosophical picture books (and other books) for sophisticated readers

A. Citation or bibliographic entry

B. Evidence of literary techniques

Click HERE to find a list of techniques.
If your book is unpaged, write “Unpaged book.” at the beginning of this section.

Find the information about biology, geography, history or psychology contained in the story.
Make a list of the facts that readers can learn from this book.
Often extra information is given at the end of the story.

D. An important idea about life

You should infer the theme or central idea in the story.
Then provide evidence, paraphrased or quoted, to prove that theme.

E. Your thoughts about the idea

Write a paragraph, or several paragraphs, telling what you think about the theme.
You should provide evidence from your own life or from the lives of people you know.
You may also relate the theme to other books you have read or movies you have seen.

An example of a literary analysis of a picture book

Directions for a literary analysis

For many more examples by students, type “literary analysis” in the search box.