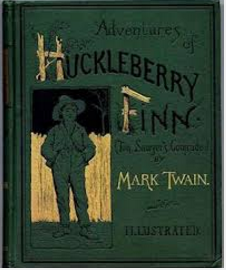 “Just living is not enough,” said the butterfly, “one must have sunshine, freedom, and a little flower.”  – Hans Christian Andersen, The Complete Fairy Tales

“Those who bring sunshine to the lives of others cannot keep it from themselves.” – J.M. Barrie

“Nothing is really work unless you would rather be doing something else.” – J.M. Barrie

“We are all failures- at least the best of us are.”- J.M. Barrie

“It is a truth universally acknowledged, that a single man in possession of a good fortune, must be in want of a wife.” –  Jane Austen, Pride and Prejudice

“Our scars make us know that our past was for real” –  Jane Austen, Pride and Prejudice

“It isn’t what we say or think that defines us, but what we do.”-  Jane Austen,  Sense and Sensibility

No thief, however skillful, can rob one of knowledge, and that is why knowledge is the best and safest treasure to acquire.” Frank Baum, The Lost Princess of Oz

“There is no place like home.”- Frank Baum, The Wonderful Wizard of Oz

“Life appears to me too short to be spent in nursing animosity or registering wrongs.” – Charlotte Brontë, Jane Eyre

It is not violence that best overcomes hate — nor vengeance that most certainly heals injury.”- Charlotte Brontë, Jane Eyre

“Two things cannot be in one place. Where you tend a rose, my lad, a thistle cannot grow.”- Frances Hodgson Burnett

“Everything’s a story – You are a story – I am a story.”- Frances Hodgson Burnett, A Little Princess

“It’s no use going back to yesterday, because I was a different person then.”- Lewis Carroll, Alice in Wonderland

“Begin at the beginning,” the King said, very gravely, “and go on till you come to the end: then stop.”- Lewis Carroll, Alice in Wonderland

“I don’t think…” then you shouldn’t talk, said the Hatter.”- Lewis Carroll, Alice in Wonderland

“A conscience is that still small voice that people won’t listen to.” –  Carlo Collodi, Pinocchio

“It is never too late to be wise.” – Daniel Defoe, Robinson Crusoe

“All our discontents about what we want appeared to me to spring from the want of thankfulness for what we have.” – Daniel Defoe, Robinson Crusoe

“There is nothing in the world so irresistibly contagious as laughter and good humor.”- Charles Dickens, A Christmas Carol

“There are books of which the backs and covers are by far the best parts.” – Charles Dickens, Oliver Twist

“It was the best of times, it was the worst of times.” – Charles Dickens, A Tale of Two Cities

“When you have eliminated all which is impossible, then whatever remains, however improbable, must be the truth.” – Arthur Conan Doyle, The Case-Book of Sherlock Holmes

“The world is full of obvious things which nobody by any chance ever observes.” – Arthur Conan Doyle, The Hound of the Baskervilles

“Education never ends, Watson. It is a series of lessons, with the greatest for the last.” – Arthur Conan Doyle, His Last Bow: 8 Stories

“All for one and one for all, united we stand divided we fall.” – Alexandre Dumas, The Three Musketeers

“The merit of all things lies in their difficulty.” – Alexandre Dumas, The Three Musketeers

“People in general,” he said, “only ask advice not to follow it; or if they do follow it, it is for the sake of having someone to blame for having given it.” – Alexandre Dumas, The Three Musketeers

“After all, the best part of a holiday is perhaps not so much to be resting yourself, as to see all the other fellows busy working.” – Kenneth Grahame, The Wind in the Willows

“Even the darkest night will end and the sun will rise.”- Victor Hugo, Les Misérables

“The power of a glance has been so much abused in love stories, that it has come to be disbelieved in. Few people dare now to say that two beings have fallen in love because they have looked at each other. Yet it is in this way that love begins, and in this way only.”- Victor Hugo, Les Misérables

“To love or have loved, that is enough. Ask nothing further. There is no other pearl to be found in the dark folds of life.”- Victor Hugo, Les Misérables

“Great minds have purpose, others have wishes. Little minds are tamed and subdued by misfortunes; but great minds rise above them.” – Washington Irving

“A tart temper never mellows with age, and a sharp tongue is the only edged tool that grows keener with constant use.” – Washington Irving, Rip Van Winkle

“Words are, of course, the most powerful drug used by mankind.”- Rudyard Kipling

“If history were taught in the form of stories, it would never be forgotten.” – Rudyard Kipling, The Collected Works

“Of all the liars in the world, sometimes the worst are our own fears.” Rudyard Kipling, The Collected Works

Money,” he said, “is a terrible nuisance. But it’s nice not to have to worry.”- Hugh Lofting, The Story of Doctor Dolittle

“There is an ecstasy that marks the summit of life, and beyond which life cannot rise. And such is the paradox of living, this ecstasy comes when one is most alive, and it comes as a complete forgetfulness that one is alive.”- Jack London, The Call of the Wild

“We cannot live only for ourselves. A thousand fibers connect us with our fellow men; and among those fibers, as sympathetic threads, our actions run as causes, and they come back to us as effects.” – Herman Melville

I try all things, I achieve what I can.”- Herman Melville, Moby-Dick

“Ignorance is the parent of fear.”- Herman Melville, Moby-Dick

You’re braver than you believe, and stronger than you seem, and smarter than you think.”- A.A. Milne

“You can’t stay in your corner of the Forest waiting for others to come to you. You have to go to them sometimes.”- A.A. Milne, Winnie-the-Pooh

“Weeds are flowers, too, once you get to know them.”- A.A. Milne

“It’s been my experience that you can nearly always enjoy things if you make up your mind firmly that you will.”- L.M. Montgomery, Anne of Green Gables

“Life is worth living as long as there’s a laugh in it.” – L.M. Montgomery, Anne of Green Gables

“Also she had the power of silent sympathy. That sounds rather dull, I know, but it’s not so dull as it sounds. It just means that a person is able to know that you are unhappy, and to love you extra on that account, without bothering you by telling you all the time how sorry she is for you.”- Edith Nesbit, The Railway Children

“…but what’s the use of belonging anywhere if you’re invisible?” – Edith Nesbit, The Enchanted Castle

“We call them dumb animals, and so they are, for they cannot tell us how they feel, but they do not suffer less because they have no words.” – Anna Sewell, Black Beauty

“If a thing is right it can be done, and if it is wrong it can be done without; and a good man will find a way.” – Anna Sewell, Black Beauty

“No man chooses evil because it is evil; he only mistakes it for happiness, the good he seeks.”- Mary Shelley

“When falsehood can look so like the truth, who can assure themselves of certain happiness?” – Mary Shelley, Frankenstein

“I could not understand why men who knew all about good and evil could hate and kill each other.” – Mary Shelley, Frankenstein

“Many strange things happen in this world”- Johanna Spyri, Heidi

“Let’s enjoy the beautiful things we can see, my dear, and not think about those we cannot.”- Johanna Spyri, Heidi

“To be what we are, and to become what we are capable of becoming, is the only end of life.”- R.L. Stevenson

“We learn from failure, not from success!” – Bram Stoker, Dracula

“Remember my friend, that knowledge is stronger than memory, and we should not trust the weaker” – Bram Stoker, Dracula

“All that is gold does not glitter,…” – J.R.R. Tolkien, The Fellowship of the Ring

“All we have to decide is what to do with the time that is given us.”- J.R.R. Tolkien, The Fellowship of the Ring

“If you tell the truth, you don’t have to remember anything.” – Mark Twain

“Right is right, and wrong is wrong, and a body ain’t got no business doing wrong when he ain’t ignorant and knows better.” – Mark Twain, The Adventures of Huckleberry Finn

“Science, my lad, is made up of mistakes, but they are mistakes which it is useful to make, because they lead little by little to the truth.” – Jules Verne, A Journey to the Center of the Earth

“How many things have been denied one day, only to become realities the next!”- Jules Verne, From the Earth to the Moon