Reliability: I could tell this nonfiction book on dinosaurs by Dougal Dixon was reliable because the author has written about 25 books on fossils, geology, and dinosaurs, as well as some articles in encyclopedias . He got his education from the University of St. Andrews. He has been nominated for Hugo Award for Best Related Work and Locus Award for Best Non-Fiction.

Category: The Big Book of Dinosaurs follows an informational pattern. This nonfiction book tells all about dinosaurs and what species they evolved into. It explains the different species of dinosaurs and what life was like for them for the 170 million years they were on earth. The book is full of interesting facts about these reptiles along with over 160 photographs to go with them, which is why The Big Book of Dinosaurs is a great book to look in if you are a visual learner.

Short Annotation: Different species of dinosaurs are vividly explained in this book recommended for readers 7 and up.

My connection to The Big Book of Dinosaurs is text to self because it reminds me of when my family and I took a road trip to Drumheller, Alberta, which is also known as the dinosaur capital of the world. My brothers, dad, and I got to visit places like the Royal Tyrell Museum of Palaeontology and see the World’s Largest Dinosaur.  While in the museum, I remember seeing many fossils from different dinosaurs and other reptiles. On the way to our destination, we stopped in Revelstoke, Edmonton, Sprucegrove, Calgary, and Kamloops. On the way to Drumheller, we passed the Badlands and Hoo-doos in Alberta, which has soil from 70 million years ago. Some other tourist attractions we got to see were West Edmonton Mall, The Enchanted Forest, Radium Hotsprings, and Banff. I would’ve been 9 or 10 while on that trip but I still remember learning about these “terrible lizards” and what life would’ve been like then. It is fascinating that they were able to live on this planet for so long. The Big Book of Dinosaurs is a great place to look for information on these terrifying, but somehow beautiful, creatures which once roamed our planet. 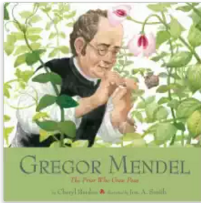 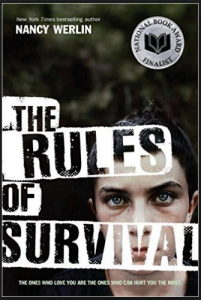 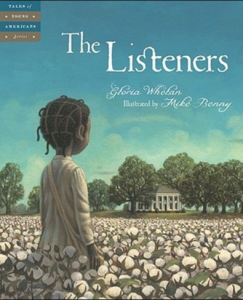 Reliability: I could tell that this picture book would be reliable because it is part of a series: Tales of Young Americans Series. The author is an award-winning poet who has also written many other children’s books. She has won awards like the National Book Award. The illustrator has had his work featured in Time, GQ, The New Yorker, and Sports Illustrated.

Category: I think The Listeners follows a repetitive pattern because every night, Ella May and her friends go back to the Master and Mistress’s house to listen to what they talk about. When they have heard what they need to, the children go back to their parents and report what they heard. The reason the parents don’t sneak out and listen to the Master and Mistress’s conversation is because –even though the author doesn’t say it in the story- the children are much smaller and harder to catch. This basically repeats throughout the whole book without following a boring storyline. The Listeners is an exceptional book with a story on a serious topic.

Short Annotation: Ella May, a small girl who is an African-American slave along with her family and friends, listens in with her friends every night to what her Master and Mistress are talking about and reports it to their parents. This extraordinary picture book is recommended for readers of all age.

“It’s still dark in the morning when the boss blows on the bugle” (4).

“His words come out as mean as rattlesnakes” (35).

“we make ourselves as small as cotton seeds and as quiet as shadows” (9).

“When I go to sleep I pretend my scratchy straw mattress is a bed of roses” (30).

Connection: text to world: My connection to The Listeners was text to world. During early American history, African-Americans were never equal with “white folks”, being slaves who were bought and sold and forced to work without pay. It was such a sad time in our history, a time when people were valued as things and not beings, seen as less than, simply because of the colour of their skin. In 1863, Abraham Lincoln signed a presidential proclamation freeing millions of slaves in the Southern States. I would like to say that we have come a long way, and I believe we have this part of our world, but unfortunately there are some parts of the world where this still exists. Even though his was a picture book it gave some insight into how families coped in those times of hardship. That even though this didn’t happen during my lifetime, that it’s important to take a look back to study this history to understand how we got to where we are today.