“Very little is needed to make a happy life; it is all within yourself, in your way of thinking.” – Marcus Aurelius 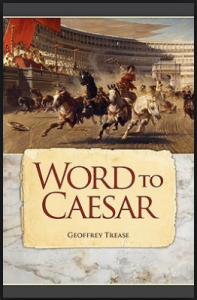 You have power over your mind – not outside events. Realize this, and you will find strength.” – Marucus Aurelius

Throughout the novel Word to Caesar by Geoffrey Trease (Hillside Education, 2005) the main character, Paul, changes in many ways. He becomes a young man who is independent, selfless, and caring.

Paul started out as a reckless, self centred, and miserable adolescent who complained about his father who “granted no favours, least of all to him” (2) and of his home, “a godforsaken spot” (2) where it was “nearly always raining” (2). As well, he was the reason his home, Hardknot, was demolished. He was ignorant enough to divulge the important information of Hardknot – “what life was like in the fort, how many soldiers had to stay up at night as sentries, what the different trumpet calls meant” (4) – to Barbara, a Caledonian spy.

After the attack, Paul escaped and during this time met a poet by the name of Lucius Fabius Severus, who became a good friend of his. Once he had learned that Severus had been wrongly banished from his home near Rome, Paul proposed to help him and was embarked on a quest to free his friend from the unfortunate mistake. Paul risked his life on this expedition. The man behind Severus’ exile, Calvus, pursued Paul, stole the letters – which were a crucial part of Paul’s journey – and tried to bribe him to switch sides, but Paul defeated his “ignoble temptation” (116) and thought of “something more he could do” (170) to help his friend, showing how deeply he cared about Severus. Paul also prevented an “immense, black-maned lion” (143) “from mauling the spread eagle man beneath his nose” (147) – his friend, Manlius. These occurrences marked the very beginning of the change in Paul’s character.

By the end of Word to Caesar, Paul is a mature young man who dreams of travelling around Europe and “deciding himself how best the northern frontier could be held against the barbarians who had wiped out his Legion” (257). (by Megan in grade eight)

Read more about this novel HERE.

“When you arise in the morning, think of what a precious privilege it is to be alive – to breathe, to think, to enjoy, to love.” – Marcus Aurelius