Take a trip to Paris
with these picture books! 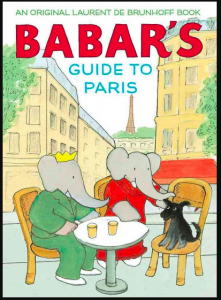 Brunhoff, Laurent de. Babar’s Guide to Paris. New York: Abrams Books for Young Readers, 2017.
Babar advises his daughter Isabelle on all the sights to see on her travels to the famed city of Paris. A lovely travel guide for younger readers! [Elephants; Paris (France); Voyages and travels] 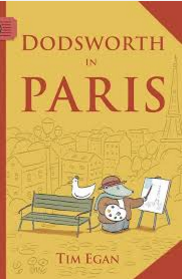 “When Dodsworth and the duck vacation in Paris, they have a grand time despite running out of money and accidentally riding their bicycles in the Tour de France.” – CIP. A cheerful and informative picture book for readers 7-years-old and up. [Ducks; Paris (France); Voyages and travels] 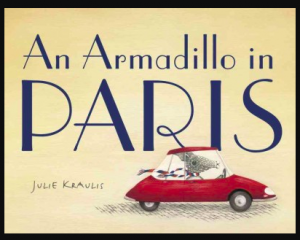 “Arlo feels it. The twitch in his left claw. The twitch that only stops when adventure begins…”  So starts this story of Arlo’s trip to Paris using the journal left to him by his grandfather Augustin. Arlo whizzes around the Arc de Triomphe, eats croissants in a cafe, visits the Louvre, watches boats pass underneath the bridges along the Seine, visits the Luxembourg Gardens, and gazes in wonder at the Eiffel Tower. The book’s illustrations – in oils and graphite – bring whimsical delight to a picture book recommended for children ready for an adventure of their own even if it is only in their imagination. 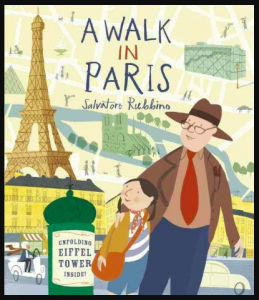 An illustrated guide sure to appeal to readers young and old.