Maya reflects on a novel about World War II. 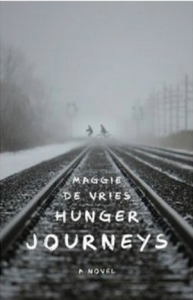 “In World War II Amsterdam, Lena and her friend Sofie set out for the town of Almelo, on the German border, in search of food, but their false papers lead to unwanted complication with the German soldiers.” – CIP. [World War; Netherlands; Soldiers; Friendship]

Have you ever hoped for something so much that you felt as if you could physically feel it?

“Despite their energy and excitement, the bodies didn’t feel quite real to her” (8).

Has something ever not felt real because you were feeling so many things at once?

“The joy in the streets grew and grew, nourished by the strengthening rays of sunshine as dawn turned to morning” (9).

Has an entire group of people ever all seemed to feel the same because of how they could relate to each other?

Have you ever had to completely isolate yourself to feel safe?

“There, the excitement and determination Lena had been clinging to evaporated, replaced with a sickness in the back of her throat” (18).

Have you ever experienced something that made your mood change completely?

The main idea I got from this book was that sometimes taking risks is worth it. Taking risks is something that can be hard for me; I do not enjoy stepping out of my comfort zone very often. The bravery in this story was incredible. Even when the characters were faced with difficulties, they continued on their journey. I aspire to be able to do that one day. The idea of danger both terrifies and excites me. I think some people, especially at my age, are in love with being adventurous, whereas others want nothing to do with it. I guess you could say I’m somewhere in between. I now believe that as long as it is for the right purpose, it’s important to step out of my comfort zone every once in awhile. I’ve been working on doing things I need to do, but don’t want to do, lately. In the future I am hoping to keep up that attitude. Taking risks is an important part of living. In my opinion, life would be pretty boring if I stuck to the rules all of the time. Obeying rules is definitely a large part of life, as well, due to the fact that without them, the world would be worse than it already is in terms of breaking the law. However, I also believe that I should be allowed to speak freely against what I do not agree with. I believe that anyone’s opinion is valid. So, yes, following and obeying rules is important but rebelling can sometimes be good too, as long as it does not get me into too much trouble in the end.