began drawing when he was three years old,
and he has never stopped.

Notice how he shows emotions and depicts sensory details
in his award-winning stories and illustrations. 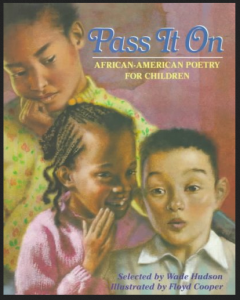 Hudson, Wade, selected by. Pass It On: African-American Poetry for Children. New York : Scholastic, 1993.
An illustrated collection of poetry by such Afro-American poets as Langston Hughes, Nikki Giovanni, Eloise Greenfield, and Lucille Clifton. A poem by Langston Hughes: HERE 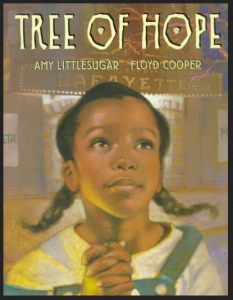 Littlesugar, Amy. Tree of Hope. New York: Philomel Books, 1999.
“Florrie’s daddy used to be a stage actor in Harlem before the Depression forced the Lafayette Theater to close, but he gets a chance to act again when Orson Welles reopens the theater to stage an all-black version of Macbeth.” – CIP Stories about poverty: HERE and a note-taking lesson on Shakespeare: HERE 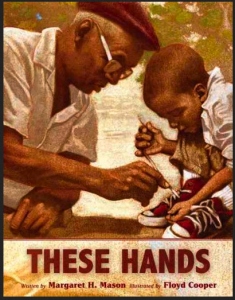 Mason, Margaret H. These Hands. Boston: Houghton Mifflin Harcourt, 2010.
“An African American man tells his grandson about a time when, despite all the wonderful things his hands could do, they could not touch bread at the Wonder Bread factory. Based on stories of bakery union workers; includes historical note.” – CIP  More picture books using parallel structure:  HERE 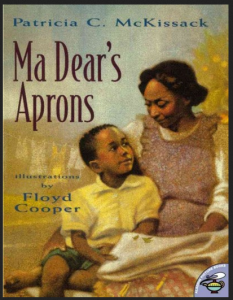 McKissack, Patricia C. Ma Dear’s Aprons. New York: Atheneum Books for Young Readers, 1997.
“Young David Earl always knows what day of the week it is, because his mother, Ma Dear, has a different apron for every day except Sunday.” – CIP More stories of African Americans: HERE 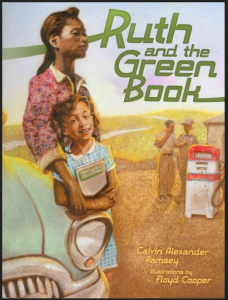 Ramsay, Calvin Alexander. Ruth and the Green Book. Minneapolis, MN: Carolrhoda Books, 2010.
“When Ruth and her parents take a motor trip from Chicago to Alabama to visit her grandma, they rely on a pamphlet called ‘The Negro Motorist Green Book’ to find places that will serve them. Includes facts about ‘The Green Book.'” – CIP  More stories based on historical facts:  HERE 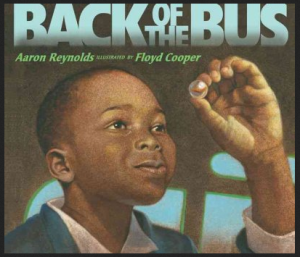 Reynolds, Aaron. Back of the Bus. New York: Philomel Books, 2010.
“From the back of the bus, an African American child watches the arrest of Rosa Parks.” – CIP  More stories of courage:  HERE 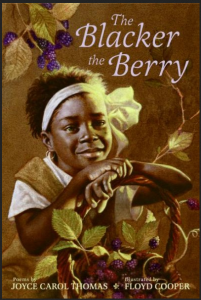 Williams, Karen Lynn. A Beach Tail. Honesdale, Pa.: Boyds Mills Press, 2010.
“When his father tells him not to leave the lion he is drawing on the beach, a little boy starts making a very, very long tail–and a trail to follow back.” – CIP  More stories of summer adventures:  HERE 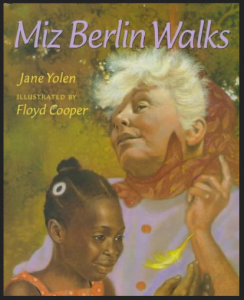 Yolen, Jane. Miz Berlin Walks. New York: Philomel Books, 1997.
“Mary Louise gradually gets to know and love her elderly neighbor lady who tells wonderful stories as she walks round the block of her Virginia home.” – CIP  More stories based on authors’ own lives:  HERE