Looking for a traditional mystery novel?

“It often seems to me that’s all detective work is, wiping out your false starts and beginning again.”
“Yes, it is very true, that. And it is just what some people will not do. They conceive a certain theory, and everything has to fit into that theory. If one little fact will not fit it, they throw it aside. But it is always the facts that will not fit in that are significant.”– Agatha Christie, Death on the Nile 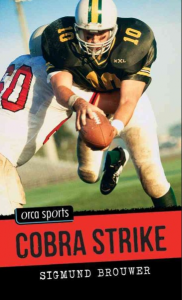 Brouwer, Sigmund. Cobra Strike. Custer, WA: Orca Book Publishers, 2007.
“After Discovering Tainted water in the creek near his grandmother’s cabin in the Kentucky hills, senior Roy Linden slowly uncovers a connection between his high school team’s new star quarterback, his own football future, and the source of the pollution. Roy Linden should be thrilled.” – CIP.  Other novels in this sports series focus on soccer, racing, baseball, basketball and track. Written by a prolific author, this series will appeal to sports fans 12-years-old and up. 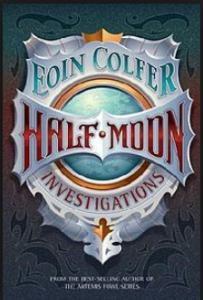 Colfer, Eoin. Half-moon Investigations. New York: Hyperion Books for Children, 2006.
“Fletcher Moon, nicknamed “Half Moon” because of his shortness, must track down a conspiracy or be framed for a crime he did not commit.” – CIP. A humorous story for 11 to 13-year-olds. [Gangs; Ireland] 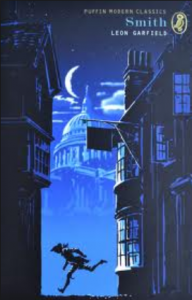 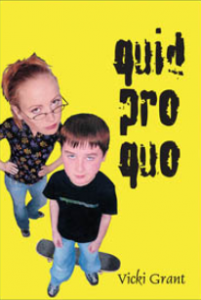 Grant, Vicki. Quid Pro Quo. Victoria: Orca Book Publishers, 2005.
“When Cyril MacIntyre’s mother disappears, Cyril must use every skill at his disposal to find and rescue her.” — CIP A humorous quick read for 11 to 13-years-old. Sequel: Res Judicata. [Canada; Lawyers; Mothers and sons] 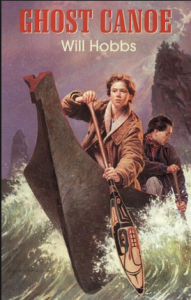 Hobbs, Will. Ghost Canoe. New York: Avon Books, 1998, c1997.
“Fourteen-year-old Nathan, fishing with the Makah in the Pacific Northwest, finds himself holding a vital clue when a mysterious stranger comes to town looking for Spanish treasure.” – CIP. A spell-binding adventure for readers 12-years-old and up. 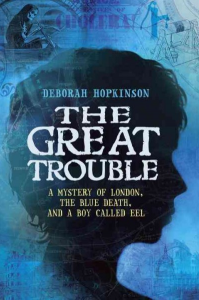 Hopkinson, Deborah. The Great Trouble: A Mystery of London, the Blue Death, and a Boy Called Eel. New York: Alfred A. Knopf, 2013.
“Eel, an orphan, and his best friend Florrie must help Dr. John Snow prove that cholera is spread through water, and not poisonous air, when an epidemic sweeps across their London neighborhood in 1854.” – CIP. [Cholera; Epidemics; Historical fiction; London, England; Orphans] 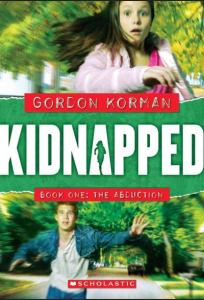 Korman, Gordon. The Abduction. New York : Scholastic, 2006.
The first in a trilogy by a prolific Canadian author. The short novels are recommended for readers, 9 to 13-years old, who want a quick read. 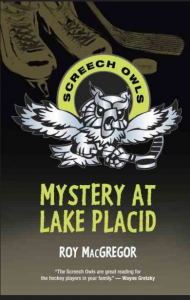 MacGregor, Roy. Mystery at Lake Placid. Toronto: Tundra Books, 2013.
The first in the Screech Owl hockey series, written by a Canadian sports columnist. These short, action-packed novels are ideal for sports lovers up to 13-years-old. Website for the series: HERE 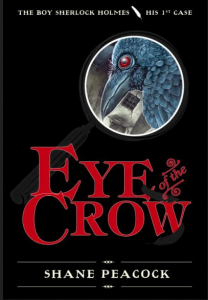 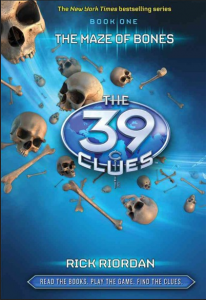 Riordan, Rick. The Maze of Bones. New York: Scholastic Press, 2008.
The first in the lengthy 39 Clues series. Written by various well-known and competent authors, each novel furthers the adventures of Amy and Dan Cahill who discover their family has been powerful in world events throughout history.  Recommended for 9 to 12-year-olds. Website of series: HERE 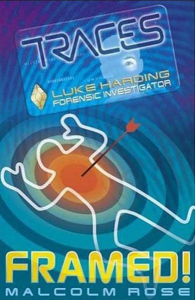 Rose, Malcolm. Framed! Boston : Kingfisher, 2005.
In a futuristic London, Luke qualifies as the youngest-ever forensic investigator. But his first case is complicated by the fact that it appears he is the murderer! First in a series. Author’s website: HERE 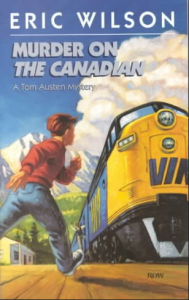 “As a rule, the more bizarre a thing is the less mysterious it proves to be. It is your commonplace, featureless crimes which are really puzzling, just as a commonplace face is the most difficult to identify.”
― Arthur Conan Doyle, The Adventures of Sherlock Holmes